Two Dads. One Toy. No Prisoners. Change two words from Jingle All the Way‘s tagline and you’ve got the perfect summary of today’s other Showdown movie, Home Alone: Two Burglars. One Boy. No Prisoners. Both Christmas clashes have found their way into the annual holiday movie canon but only one can advance to the Quarter Finals of our quest for the best. Will it be Arnie and Sinbad or Macaulay and Catherine?

Read up on the two ’90s favourites below, then make your choice!

By all accounts, Jingle All the Way should not work as well as it does. The film focuses on a workaholic dad (Arnold Schwarzenegger) who wants to save Christmas for his son by getting him a Turbo Man doll. While the hyped up consumerism is more reflective than it is aspirational, there is a certain charm in turning one of America’s more embarrassing holiday traditions into comical fodder. Watching Schwarzenegger battle it out with Sinbad, Phil Hartman, and Jim Belushi elevates this above other disposable Christmas comedies into the realm of classics. – Deirdre Crimmins

Before Schitt’s Creek immortalized Moira Rose as the best-worst mother on television, Catherine O’Hara won hearts as Kate McCallister. Leaving her son home alone while the family goes on vaycay seems very Moira. But David and Alexis are only minor hellions compared to the delightfully mischievous Kevin McCallister. Macaulay Culkin’s iconic prankster first rejoices in having the run of the place in the absence of his parents (ice cream for breakfast, etc.) and he soon learns the perils of being on his own when the neighbourhood bandits (Joe Pesci and Daniel Stern) target the McCallister’s stately abode. In a lark that surely inspired a generations of young viewers to wreak havoc on babysitters worldwide, Kevin thwarts the bandits with booby traps, toys, and creative genius. The holidays often inspire us to get on Santa’s good side, but Home Alone is a fun reminder that being naughty sometimes feels nice. – Pat Mullen 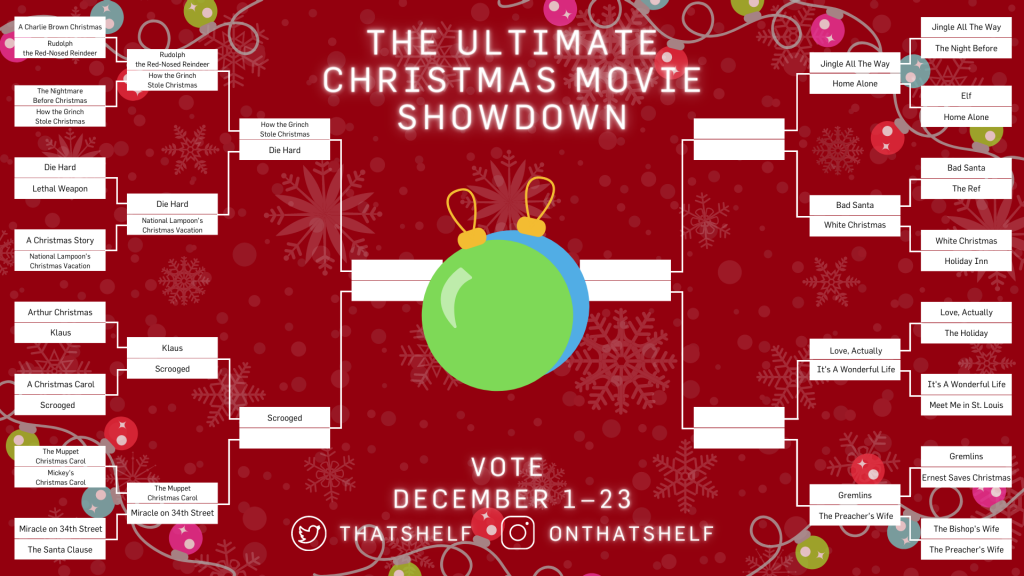