Google reviews of Jean-Marc Vallée’s 2011 drama Café de Flore and you’ll discover that there are two deeply divided camps regarding the film. One side praises the film’s charm and emotional puzzles, citing how the overarching theme stayed with them long after the credits rolled, while the other singles out its male gaze and frustrating time jumps, which come together in an overwrought climax. While I was firmly in the latter camp on first viewing, time and life has provided me with a new appreciation of Café de Flore, now streaming on CBC Gem.

In the late director’s French-language film, two parallel stories weave together to present a fantastical tale of love and loss. In the present day, electronic DJ Antoine (Kevin Parent) grapples with how discovering new love has affected his family. His story is cut between a single mother (Vanessa Paradis) raising a son (Marin Gerrier) with Down Syndrome in 1969 Paris.

In an all-too-short career, Café de Flore stands out as one of Vallée’s gems—but really, they’re all gems; each unique in their own way. His sixth (out of nine) features and his final French film, Café de Flore is perhaps Vallee’s most personal film. Though he denied it was purposefully drawn from his real life, Vallée conceded that going through his own separation and divorce influenced the storyline about a man leaving the woman whom everyone—including himself—thought was his soulmate to connect with his one true love.

Café de Flore hits differently for anyone who has gone through the agony of the break-up of a long-term relationship or divorce. Realizing the person you’re with is not whom you were “meant to be” with can have a devastating effect on both parties. For the middle-aged Antoine, the realization that his high school sweetheart—the edgy Carole (Helene Florent), mother to his children, listener of his mixtapes—is not who he truly desires is a blow both to himself and everyone around him.

When I first saw this movie in theatres a decade ago—age 29 and confident in my relationship—I dismissed Café de Flore as a “guy’s movie”. Here is the perfect male fantasy: cool guy leaves his fun and attractive wife and family for a young, hot blonde (Evelyne Brochu) with seemingly few consequences other than some hurt feelings and dismissive remarks from his parents. He gets to have the best of both worlds, all his desires and dreams come true. This is a man who can’t see how good he has it, 2011 me thought.

At age 39—older, wiser, and a glamourous (or at least First Wives Club-loving) divorcee—I now view Café de Flore through a totally different lens. Sure, the elements of a male filmmaker projecting a happy ending for himself following a divorce are still there, but so is the one thing I missed on my first viewing: hope. It’s the hope for a true twin flame connection. For growth towards a peaceful existence, and a happily-ever-after ending. 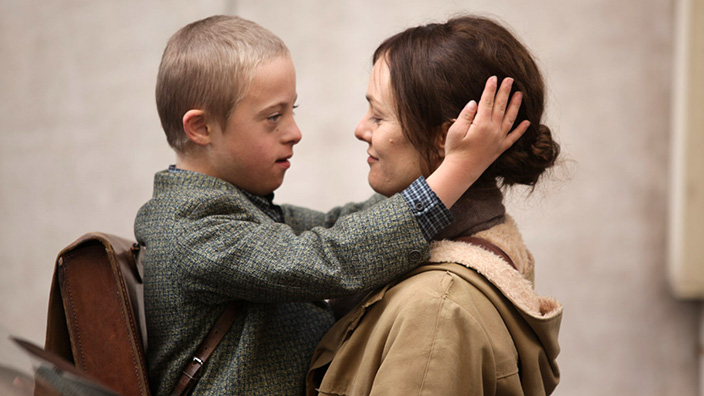 To discuss how the parallel storylines come together would ruin things for anyone who has yet to watch the movie, but their collision course still packs an emotional wallop a decade later. The cuts between the two realities can be jarring at times but only because Vallée has so enraptured viewers into whatever story they are following. Moments after an abrupt cut we’re already deeply immersed in either 2011 Montreal or 1969 Paris.

Not without its moments of melancholy and melodrama, the real standouts are the film’s leads. Parent and Paradis got much attention for their roles, but Florent’s anguished Carole is a punch directly to the heart. Her sadness and grief as she realises what is happening seeps into every scene, at times making it almost uncomfortable to watch—but watch you must. It is yet another example of Vallée’s deft ability to craft beautiful and broken female characters who face their challenges head-on.

An essential part of Vallée’s filmography, Café de Flore is a film that is meant to be experienced and revisited.

Want more great Canadian movies? Be sure to visit Telefilm’s See It All portal for more info on the latest Canadian new releases.

This content is made possible with the support of Telefilm, dedicated to increasing the awareness of Canadian films.