If you’re a fan of Bill Willingham’s amazing Eisner award-winning comic book series Fables, then you’ve probably heard the recent announcement that the DC/Vertigo series is being developed for the silver screen. Directed by Nikolaj Arcel (A Royal Affair), written by Jeremy Slater (The Fantastic Four…hmm), and produced by David Heyman and Jeffrey Clifford (who brought Harry Potter to the big screen), Fables focuses on the gritty lives of fairy tale characters who have been booted out of their universe and come to live in ours. If you didn’t already know that, do yourself a favour and pick up the first volume of Fables immediately.

Even though I’m sure Arcel won’t be knocking on my door for advice any time soon, I couldn’t help but start to dream up who I’d want to see in the role of each of my favourite Fables characters. Here’s my list of dream casting for the upcoming Fables movie!

The twin sister of Rose Red, romantically linked to both Prince Charming and Bigby Wolf, Snow White is a great balance of both brash and beautiful. With both Scottish and Chinese heritage, Sophie Wu embodies everything I imagine Snow to be aesthetically, and could pull off both sides of her personality beautifully.

A three hundred-year-old man perpetually cursed into the body of a boy, Pinocchio has a complicated relationship with his father Geppetto and his inability to grow up. I think Asa Butterfield would be able to portray the age/experience dichotomy that Pinocchio struggles with to a degree that not many child actors today could.

Perhaps better known as the “Big Bad Wolf,” Bigby is the cigarette-smoking sheriff and detective of Fabletown – and also a werewolf. After his recent turn in The Hobbit as Thorin Oakenshield, I have no doubt that Richard Armitage could take up Bigby’s gruff and shaggy mantle with ease. 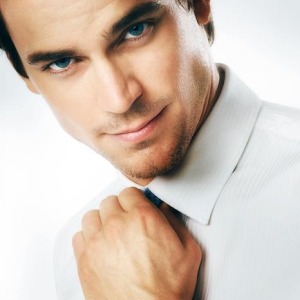 Don’t let his good looks and great personality fool you; Prince Charming is Fabletown’s resident womanizer, pathological liar, and serial husband. If you really can’t tell why Matt Bomer would make a good Prince Charming, just look at him. Yeah. That’s what I thought. 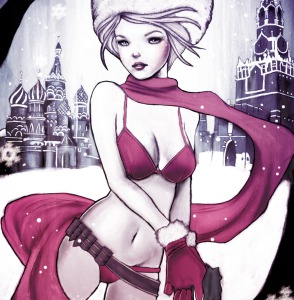 Cindy is one of Prince Charming’s ex-wives, owner of her own store (the Glass Slipper, of course), and secretly works for the Sheriff of Fabletown as a spy. When I think of ass-kicking blondes, my mind immediately goes to the incredible Yvonne Strahovski – who you might remember as super-spy Sarah on the show Chuck. No one can kick butt and look good doing it like Yvonne.

Also known as Sleeping Beauty, Briar Rose is Prince Charming’s second wife, incredibly wealthy, and cursed to immediately fall asleep anytime something pricks her finger. Camilla Belle has the poise and grace to play this small but important role in the Fables universe, and would probably look gorgeous even when sleeping (lucky).

Political agitator, gun nut, and all-around villain, Goldilocks loves power and lives to incite revolution. Jaime Pressly has the ability to throw on a pair of glasses and braids and let her crazy eyes shine through; I’d believe she was coming to kill me any day.

Fabletown’s resident rogue, sometimes-sociopath, and creative con-artist, Jack Horner is always a bit wild and looking for schemes to earn him some quick cash. Joe Dempsie of Skins and Game of Thrones fame would be amazing in this role; he has the ability to make you sympathetic towards his characters while simultaneously acknowledging that you perhaps shouldn’t always like them – but you just can’t help yourself.

Though she starts out as a party girl extraordinaire, Snow White’s twin sister Rose Red does eventually find her own path towards redemption and purpose during  the course of the Fables timeline. I think it would be great to see Karen Gillan in a role so far removed from Doctor Who’s Amy Pond; but, as my favourite ginger, I really couldn’t pick anyone else for this part.

Leader of the Fabletown magicians, Frau Totenkinder is an amalgamation of many of the evil witches who appear in fairy tales across the ages. Also, her name means “child killer” in German. We already know Maggie Smith can play an awesome witch (Professor McGonagall, anyone?), but wouldn’t it be amazing to see her as the enemy instead?

Do you agree with my choices? Want to suggest more? Let me know in the comments, or on Twitter, @SamMaggs!