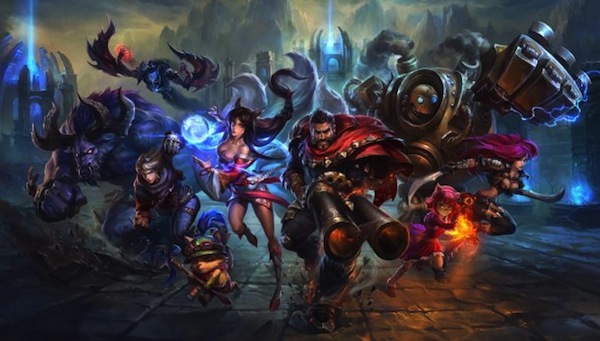 Today, we published an article recapping the horrific abuse that was directed at writer Samantha Allen in the wake of Giant Bomb’s recent hiring. Please read it. That kind of behavior is completely unacceptable, and we need to learn from past incidents if we hope to prevent future occurrences.

Though the firestorm took place in early July, the issues that came to the surface have remained painfully contemporary. Allen wrote a powerful piece highlighting the fact that Internet is not a safe place for women, while Riot Games made headlines for its new, less lenient policies towards abusive online behavior in League of Legends.

Meanwhile, Polygon disabled the comments on Brianna Wu’s article detailing the harassment that women face online and in the games industry, and then did it again when it republished a more proactive piece from Leigh Alexander.

Each incident is a symptom of a more serious problem at the root of the gaming community. There is a toxic element that reacts violently to change, and there’s a growing sentiment that gaming forums – as well as game developers – need to take a more proactive role to eliminate abuse. Disabling comments for specific articles is one way of moderating the discussion.

Those responsibilities have been weighing on my mind as the Games Editor at Dork Shelf. We don’t yet generate as much traffic as Polygon or Giant Bomb. We’re still growing and we hope to continue to do so. For that, we need all the page views we can get.

But we also want Dork Shelf to be a safe space where people from all backgrounds feel comfortable posting and engaging with other readers in a civil fashion. So what can we do to reduce the amount of hateful discourse currently polluting gaming?

Sadly, I doubt I’ll ever be able to guarantee anyone complete safety on the Internet, or even at Dork shelf. I was recently called a feminazi for writing a list of male video game characters that would be more interesting as women (a la Thor), and while I can withstand the barb, it’s exactly the kind of comment that I would never want to see directed at another writer or member of the Dork Shelf community.

That’s what makes the whole situation so depressing. As an isolated comment targeted at me, ‘feminazi’ is relatively harmless and – at least for now – I will happily weather such fleeting, ignorant insults if it allows me to write full time.

Unfortunately, that’s not even a fraction of a fraction of a fraction of what women like Allen have to deal with. The algebra – the equation that determines how much is too much – varies from person to person, and everyone has a limit, no matter how thick her skin. That’s why it’s so important to minimize the amount of toxicity, because we all lose something when intelligent people are driven from the conversation.

I honestly don’t know what the best approach is. I wrote this post because I wanted to go on the record and say that Dork Shelf does not approve of abusive behavior. It may be a somewhat toothless declaration given the scope of the problem, but I believe it’s important to take a stand publically so that people committed to greater inclusivity know they’re not alone. Hopefully it balances the negativity.

As for Dork Shelf, I can’t promise that we’ll be perfect, though we will always strive to listen and to learn. We don’t want to ban people from our forums, but they will be moderated. If you would like to comment on our articles – and we hope you do – we ask that you please be civil. If you can’t be civil, please direct your vitriol at me. There are real people behind the avatars, and they all deserve your respect.

Thank you to Jon for writing today’s piece, and thank you to Soha for contributing. Here’s hoping we can all do better.