The third annual Festival of International Virtual and Augmented Reality Stories (FIVARS) has come and gone and the event continues to amaze with its global collection of Virtual Reality experiences. Hosted at the House of VR in Toronto, the event featured Oculus, PSVR, Samsung Gear, and HTC Vive selections that use VR in new and unique ways, demonstrating that VR is not the flash in the pan that some people thought it might be.

As always, founder Keram Malicki-Sanchez made it a point to highlight VR selections that span many different audiences and genres. I first tried An Obituary, a goofy horror flick that follows Ki-un as he attends his friend’s funeral in the country only to realize that the death might be the result of supernatural forces. Directed by Jean Woon – the actor best known for her roles on The Expanse and Kim’s Convenience – An Obituary is a ridiculous yet scary effort that successfully transitions from serious to silly,  and VR is a great showcase for such hybrid experiences.

Harmony, meanwhile, was created by Jason Ungerman, a Toronto local who has has worked in many interactive media venues for companies like CBS, ABC, and Fox. Ungerman recently began experimenting with VR because it caught his eye. Harmony is a short visual adventure that has all the flourish of a very memorable music video, pairing a great song with some stellar effects reminiscent of some of Tool’s better videos.

“It’s a mobile optimized real time experiment” said Ungerman. “I prototype like crazy all the time”

One of best uses of 360 video was Submerged, which documents the aftermath of a flood in India. Directed by Nishtha Jain and shown in Canada for the first time, the video follows a crew during a visit to a community that has been displaced by the high water levels. Fields of crops are underwater, and with little government support the locals are forced to fend for themselves. One of the most telling scenes is when one of the interviewers asks about the lake that they’re floating across in the video.

“This isn’t a lake, it’s our home,” says the person steering the boat, indicating that the massive body of water has appeared almost literally overnight.

Submerged was created and produced by an Indian crew and avoids the pitfalls of VR experiences that use suffering as a form of tourism. The video allows the locals to speak for themselves, offering a first-hand account of the ways in which a small community is trying to deal with the effects of climate change and make do with land that is underwater.

Of course, VR was not the only thing on display at FIVARS. City Of Ghosts is an Augmented Reality experience from the Quebec-based CieAR in which you use an AR device to wander through an area to discover secrets hidden in plain sight. Based on Jules Verne’s book Castle of the Carpathians, you follow the love story of a singer who mysteriously died and learn about the circumstances of her death. Ghosts and ghouls are present to tell their stories of woe, and the effect is fascinating when the floor opens up to expose a secret lab that looks like something out of Frankenstein.

Director Olivier Asselin explained that they used real actors to make the playthrough feel more authentic. “Instead of creating 3D characters out of scratch, we did the entire process with photogrammetry,” said Asselin.  “We cast and show real actors, dress, and make up.”

The game is set to debut in Shawinigan, Quebec in June 2018 (the experience at FIVARS was only a demo). Shawinigan was one of the first places where mainstream electricity was introduced to North American society, a historical fact that will feed directly into the mystery of the game. 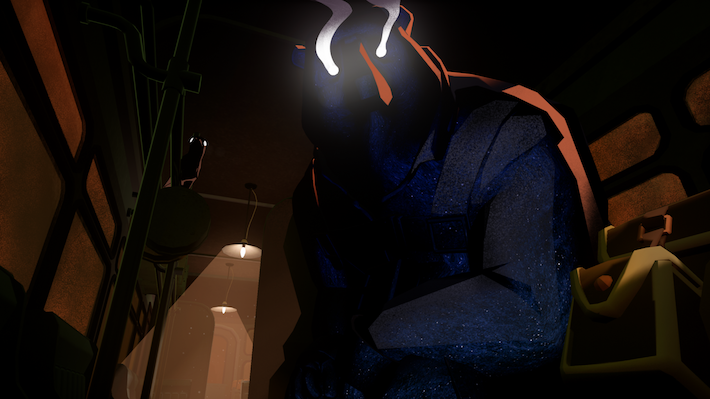 Finally, the best experience I had at FIVARS was Manifest 99, a narrative in which you travel through the eyes of crows between train cars. Staring into the hybrid animal/human passengers allows you to understand why they are there, and while I won’t spoil anything, the sights and sounds  are perfect for the narrative. Manifest 99 is Pixar-level emotional storytelling that doesn’t use any words, and I cannot recommend it highly enough.

FIVARS continues to bring people from all over the world together to share their love and fascination with VR as an art form.

“I get into a zone,” said Malicki-Sanchez. “It’s just so powerful to fly through these spaces and engage with them. It’s very transportive and that’s a new phenomenon for me.”

That attitude is why FIVARS is at the forefront of the VR movement in Canada. The festival is aggregating international talent and carving out a permanent space for the medium, and the ongoing success only proves that VR is here to stay.