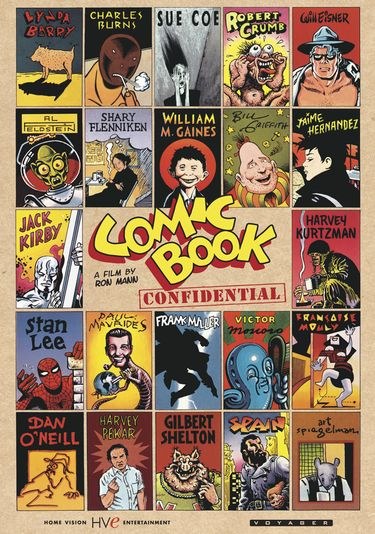 To kick off Free Comic Book Day on May 2nd, The Toronto Comic Arts Festival, The Beguiling and the Hot Docs Film Festival have teamed up to present a free screening of Comic Book Confidential.  The documentary by Toronto film maker Ron Mann traces the history of comic books from their early origins through the golden age of superheroes and beyond to today.  The free screening will also kick off the Hot Docs Film Festival’s Ron Mann Program, a retrospective of the director’s work.

Comic Book Confidential is a great documentary and I highly recommend it to anyone with a love of comic books.  Hell, even if you don’t like comic books the film provides a very entertaining history of the medium.

Comic Book Confidential, with an introduction by director Ron Mann, is on Saturday, May 2nd, at 11:59 PM at Innis College Town Hall. That’s 2 Sussex Ave., one block south of Bloor and St. George.