My first memory of Game of Thrones was watching the second episode of the series (“The Kingsroad”) in an auditorium with a couple of my undergrad friends. I had no idea really what this series was about but by the end of the episode, I was hooked. Looking back at the story as it nears its conclusion is a strange thing to experience, especially when I think about my own life changes over the past seven or so years.

Theoretically, top ten or even twenty-five lists are incredibly easy. For a show like Game of Thrones, it’s incredibly difficult. There are the bombastic moments – who can forget the green fire of the wildfire, lighting up the Bay of Blackwater like a nightmare? Or the heart racing dread as we wished for the beautiful pansexual hero Oberyn Martell (Pedro Pascal) to defeat the man who had robbed so much from his family? Then there are the quiet moments – the tragedy of Ned Stark’s (Sean Bean) execution is a landmark moment in television history, while the sheer horror of the Red Wedding is another.

Below are the Top 10 moments from the first four seasons of Game of Thrones (stay tuned for our seasons 5-7 list). There are certainly dozens of other great scenes or moments that I left off of this list that we’d love to include, but please chime in on Twitter @ThatShelf and tell us your own!

10. Jacques in the Box/The History of the Sept of Baelor (Season 3, Episode 4: “And Now His Watch is Ended”) 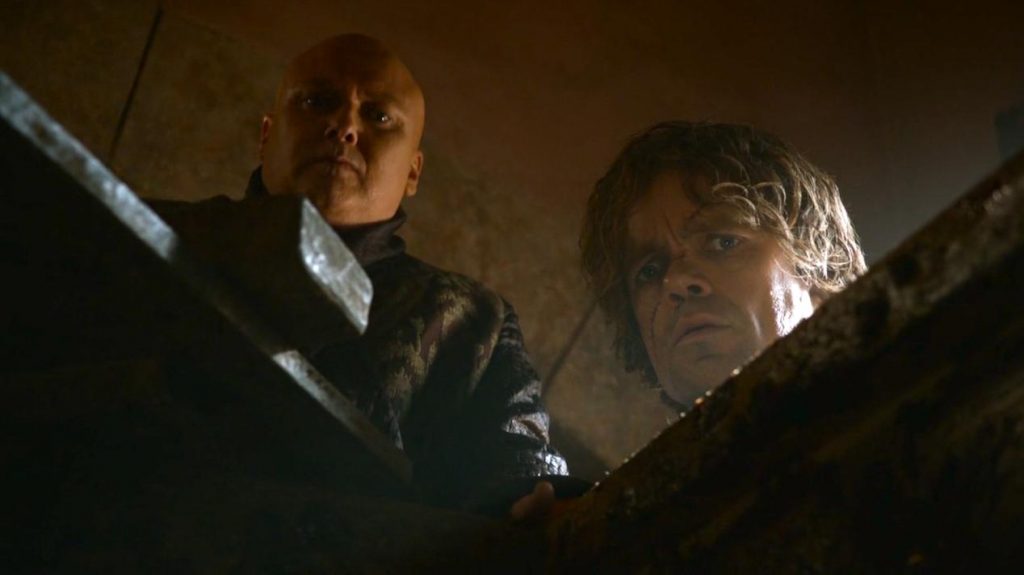 Yes, this is a little bit of cheating because I’m combining two scenes into one post, but hey, if you’re looking for fairness, you’ve come to the wrong show. These two scenes work beautifully in comparison and contrast with one another, underlying the mirroring political powers of those on the Iron Throne and those in the shadows. They’re different types of power, the kinds that bring Lord Varys (Conleth Hill) a sorcerer in a box and the kind that Margaery (Natalie Dormer) uses to bring King Joffrey Baratheon (Jack Gleason) to face the public of King’s Landing. But they run in tandem with one another, relying on the other for survival in the game of thrones.