Hot Docs 2014: A Dress Rehearsal for an Execution Review - That Shelf Skip to main content 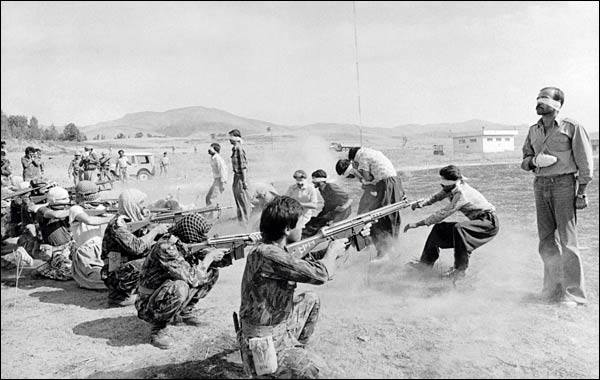 A Dress Rehearsal for an Execution

In the entire time the Pulitzer Prize for journalism has existed, there’s only been one anonymous winner: Jahangir Razmi who only identified himself over 30 years after shooting an execution via death squad in Iran.  As an artistic experiment, director Bahman Tavoosi and Ramzi set out to recreate this photo and documents this process using a variety of actors across various cultural lines.

Trying to play like a piece of avant garde performance art, there’s no real motivation as to why this recreation is even happening.  They’re just doing this because they can and it’s never clear if it’s Tavoosi or Ramzi himself who spearheaded this.  A piece on Razmi and his history in the interim would have interesting, but Tavoosi intercuts archival footage of the Iranian and other revolutions while people audition on stage to classical music or talk about exiled Iranian acting troupes. It all feels pointless.

The film is too far removed from the inciting event of this recreation, never really getting to the heart of why it was an important photo to begin with.  Dramatic swells of music aren’t enough to muster drama and the film falls short of explaining things that aren’t already known about the photo. The recreation of it just isn’t enough. (Dave Voigt)