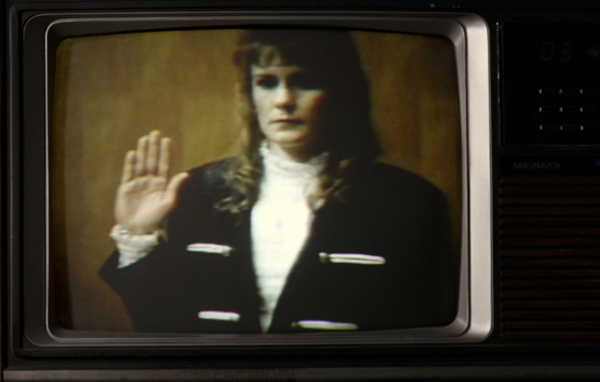 Captivated: The Trials of Pamela Smart

Pamela Smart’s sensationalistic 1991 trial involving a high school employee who not only slept with a student, but talked that student into murdering her husband was an instant pop culture phenomenon. It was the first trial ever broadcast live on television and was eventually turned into a Hollywood movie and bestselling novel (To Die For). It was also such a phenomenon that the truth of who Smart was and what actually happened was almost instantly lost amidst the pile-on of tabloid journalism and made-for-TV-movies.

Granted surprising access to the life-without-parole prisoner Smart and most of the major players surrounding the trial and media circus, Jeremiah Zagar unearths some intriguing new revelations and perspectives. It’s almost enough to shift perceptions on the case…almost.

Zagar clearly came into the film hoping to shift perceptions on Smart and starting out with a preconceived perspective as a documentary filmmaker isn’t always the right approach. The trouble is that no matter how poorly Smart was treated at the time, how exaggerated as the story has become in the media, or how guilty her teenage associates seem, some evidence contradicts it all and it’s very hard all these years later to unearth the truth. There’s no question that Pamela Smart’s trial was far from fair, but her innocence is questionable and when Zagar hits a wall, he shifts focus to blaming the audience and viewer preconceptions. The filmmaker isn’t necessarily wrong on all counts, but his ending feels cheap and inappropriate. There’s still a great deal to enjoy and admire about the film, just expect it to frustrate as often as it enthralls. (Phil Brown)