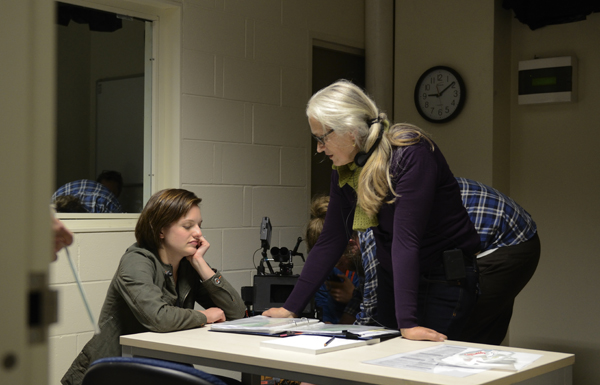 From the Bottom of the Lake

A curious festival selection that seems more at home being a DVD special feature than an actual stand alone film, Clare Young’s in-depth, but very “inside baseball” look at the making of master filmmaker Jane Campion’s TV series Top of the Lake will only appeal to fans of the filmmaker or series and will do precious little for anyone else.

Young, who acted as Campion’s assistant on the BBC produced mystery miniseries, certainly finds herself in the right places at the right times in terms of how the show comes together behind the scenes, but she can’t seem to remember that context is needed for what she’s showing. The only way this film would be all that interesting would be if you were to watch it immediately after marathoning the show. Even then, it still wouldn’t tell you more than a simple interview with Campion, writer Gerard Lee, or any member of the show’s incredibly stacked cast couldn’t put better in less time. It feels like 50% B-roll and 50% actual content which would be a bad ratio in even a quarter of that amount for an almost hour long film. (Andrew Parker)