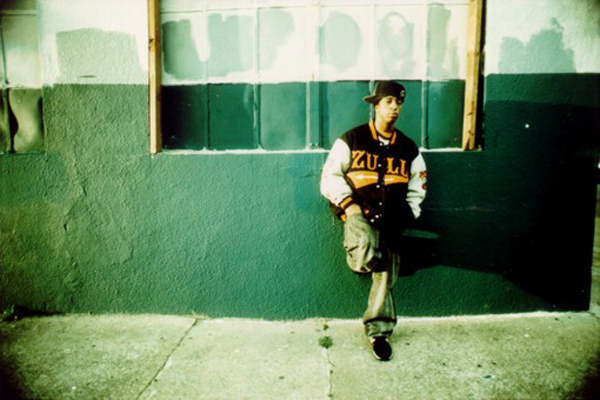 Robert Pilichowski is a director that seems a lot less larger than life than the subjects of his latest film, the break dancing documentary All Out War, premiering this weekend at NXNE as part of the film program. He’s remarkably polite (like so many others raised in Toronto) and down to Earth as we talk over lunch at Canteen on King Street the day before his film is set to debut.

It’s a remarkable contrast since his film follows around a group of street dancers trying to make it in an almost unwinnable and tough game. He does a great job of capturing the swagger of such superstars of the cardboard and polished plywood circuit, despite not having very much of it himself. Maybe it’s that soft spoken and down to Earth nature that made it easy for him to get a more personal take on these people, all of them preparing for a vital and high profile one-on-one dance battle competition known as King of the Ring. There’s Alien Ness from the Bronx River projects, who’s very open about having done time and his willingness to do it again. There’s Machine, a consummate professional from San Francisco always trying to hone his craft. Casper’s a Vancouver born, LA living youngster on the verge of breaking out despite familial difficulties that include a homeless father. Dyzee is a former addict from the T-Dot who found strength to move beyond drugs with his moves.

Despite some of them hailing from beefing crews in a sometimes dangerous game where other dancers constantly accuse rivals of biting their styles, Pilichowski gets to the heart of the people behind the blistering moves, showing not only the dedication, but the steps it takes to get to even to the middle of the dance game on your own.

We chatted with Pilichowski about how he got hooked on filming these people, how he picked his subject, the original plans for the film, and never getting in the middle of beef,

Dork Shelf: What made you want to tell the more personal side of the people who make up street dance crews instead of going the same route that films and TV shows usually do, which is to show how their crews actually come together?

Robert Pilichowski: I think I was just so enamoured by the dance itself and how dynamic and incredible it all was, but I just kind of wanted to know more about the pain that went into it and just that drive and that passion that they had for it. That was what I wanted to get across. Most people don’t get to see that side. Even in a lot of films both fictional and not that have come out previously you really only get a taste of it. But to truly understand it, I think you need to get a lot closer to it and to build that rapport and to have people let you into their lives.

DS: Most people probably don’t realize that the people you are focusing on really see what they are doing as a job and a potential means to an end. Were you at all surprised by that or was it a quality that you were actively looking for when you were looking for subjects to focus on?

RP: Yeah, but I guess I didn’t realize to what extent I was looking for that when I started. It’s a lifestyle, and it’s nothing that you can just sort of wander in and out of. These guys, they live it. It’s their culture. It’s non-stop for them. That was sort of eye opening because it’s hard to think about things in those terms from outside of a given culture.

DS: At what point did you build everything in your film around King of the Ring? Was it so you could best choose subjects for the film or was that always your intention?

RP: (laughs) It never was the intention. That King of the Ring battle was just something we were going to film anyway. It was just one of many battles that I had been filming as I was following some of the key subjects in the film. It wasn’t until one of them ends up (doing really well) that we realized that it was kind of major and it ended up becoming a huge part of the climax of the film.

DS: Did you film a lot of other dancers that really didn’t make it into the movie if that’s the case?

RP: No, actually. Pretty much all 34 people we talked to made it into the film and all of the major characters are the ones we always intended to be the major ones. The only thing we never knew was the outcome or what was going to happen. Some of them were really keen on talking about these things and trying to make it as far as possible in that battle, and all of them ended up going to that battle so it all worked out.

DS: Some of these people, like Alien and Casper, have pretty rough lives that you think they might not want to talk about openly. What was it like trying to get these people to open up about more than just the dancing?

RP: It was really surprising to me how candid they all were, but it really depended on who I was speaking to what I was going to get. Some of the guys took longer than other, but that’s to be expected. But with someone like Alien Ness it was easy. That rooftop interview that I get most of my footage with him from was actually the first interview I did with him. He was just incredible, like he was a complete open book. That’s what’s really great about him. You can love him or you can hate him, but he’s always very straight up about things. He’s the real deal.

DS: How long did it take you to put this film together? From the look of it and the time period it takes place in it seems like this was a really long term project for you.

RP: Yeah. I started filming it, actually, in 2003, but the focus only started to come through about these four particular B-boys much later on. I was originally trying to focus on two specific crews, and that didn’t pan out, because, again, I was trying to show that dynamic that crews had and those rivalries. Also there are just so many members of some crews that it’s really hard to get to know any one of them. That’s when I started to film these four individuals. Dyzee was from one of those crews, and he was from Toronto. Then the other guys I met kind of organically as I followed Dyzee.

DS: You really make it known that these crews can have legitimate beef with one another that could end up in someone getting jumped or beaten down physically. Were you ever wary about getting in the middle of that since your subjects were from different crews?

RP: There was definitely that element to it because that animosity was always there. Dyzee and his crew Supernaturalz have a lot of long standing beefs with other Toronto crews, so I think that my being from here kind of played into that, because he’s been the one of them that’s really been on the map and in the spotlight. I think he gets a lot of flack for that, but I think it’s also because a lot of rival crews think that he’s been taking some of his style from other people and getting famous because of that. I think it all goes deeper than that and there’s a lot of history that these guys experience or have to deal with.

DS: It’s something you have to tread lightly on because the stealing of moves is tantamount to treason in this kind of thing and you were able to see them rehearse. Were these crews open to letting you see that even though they knew you would be talking to other crews?

RP: Yeah, and again, that sort of trust took a long time to build. I liked to be as unbiased as possible when making this film; to show that there’s always two sides to the story. But that’s really hard to do when one side doesn’t want to tell that story. It’s kind of why when we focus on Dyzee, but we don’t get so much from the other end.

It’s funny because they would let me go to their practices, though. They let me film their warm-ups and all those things, but at the same time I don’t know if I ever necessarily saw everything that they were working on. I think there were times where they probably held back. Even the opening to the film where everyone is there, that was filmed the day before King of the Ring. Everyone was invited and as many as could show up made it into the opening, but you have to remember that these are also the same guys they are going to be competing against the next day. You definitely got the sense that they weren’t showing everything that they had. They’re very cautious of that, for sure.