Rightfully Oscar nominated for Best Foreign Film, Leviathan is a well acted, beautifully shot film that highlights the best of mother nature and the worst of human nature.

Kolya (Alexey Serebryakov), a proud patriarch with a gorgeous Russian seaside property, is rendered helpless when a corrupt city official decides he would like the land for himself. Kolya enlists the help of his friend Dmitri (Vladimir Vdovichenkov), a lawyer from Moscow, who attempts to blackmail the mayor,.

Andrey Zvyaginstev won best screenplay at Cannes for this bleak drama that feels like House of Sand and Fog meetsRevanche. Despite it being a small scale story taking place in a rural area, Zvyaginstev ties together larger themes of Russian politics, religion, corruption, and family. 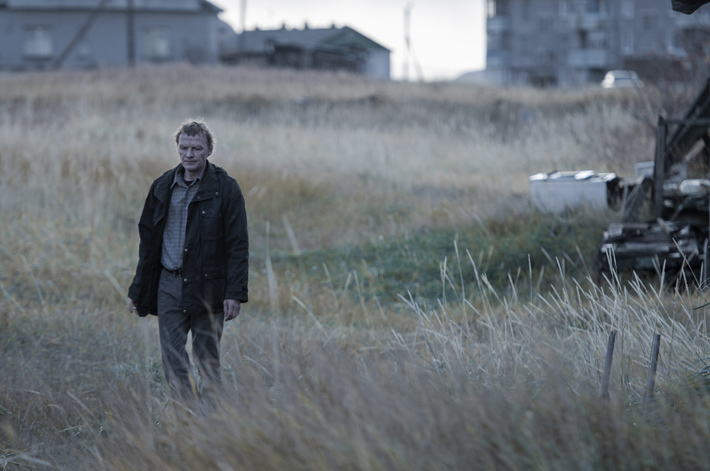 Leviathan begins like a Godfrey Reggio film, highlighting the setting’s geography while music by Phillip Glass helps set the tone. What follows is a two and a half hour slow burn where the pace never really picks up, but kind of stays consistent. The most dramatic events take place off-screen, leaving the viewer is left to piece together what exactly happened.

Though uniquely Russian in many ways, this story translates well to a Canadian landscape (not just because of the drunk, corrupt mayor), where a large portion of the country is removed from urbanization and people assume that ugly things don’t happen in beautiful places.