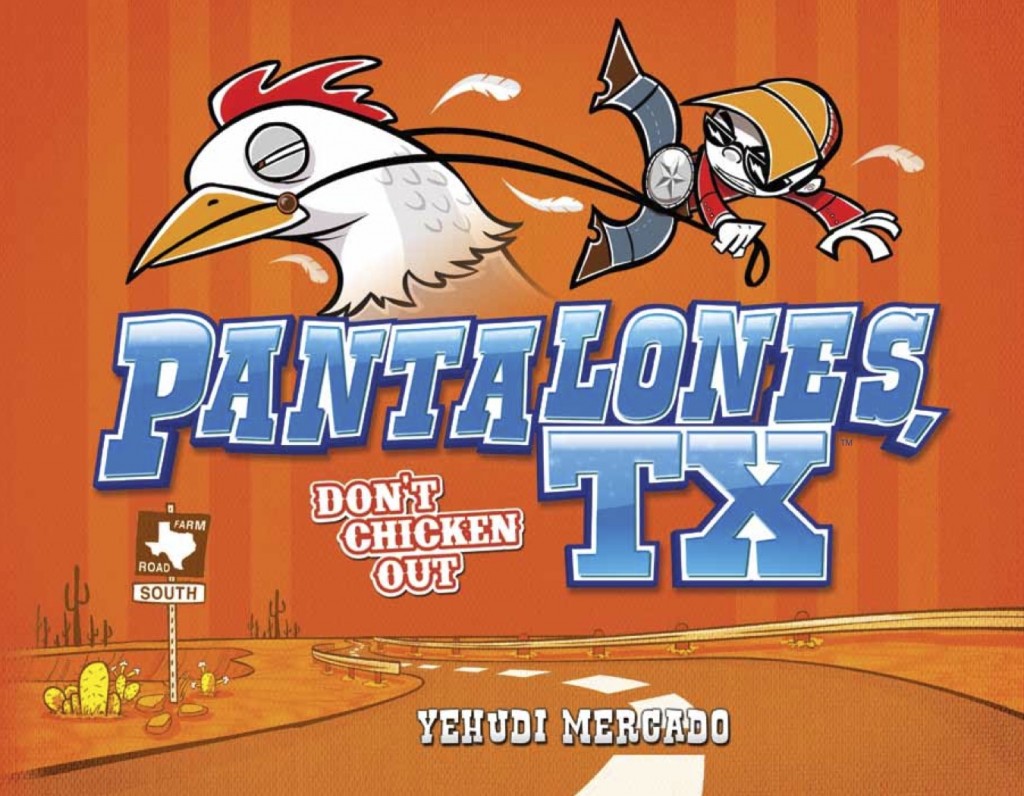 Growing up I was a theatre kid. I loved everything about it – the grueling rehearsals, the burgeoning adolescent sexual tension between the cast members, the thrill of an applauding audience. But the unpleasant truth I had to face years later was, and is, this: amidst a subclass of people known for being obnoxious brats (read: teenagers), theatre kids take the quip-hurling cake, and the biggest reason is their proclivity for ‘quirky’ humour. I can barely even type that word without feeling a little unclean, so let me explain.

‘Quirky’ humour has also been called ‘random’ by the internet, or ‘avant garde’ by adults who enjoy this sort of thing. It’s goofy for its own sake, which isn’t necessarily a bad thing, but it’s devoid of cohesion and logical flow, and it reeks of comedic elitism: like the joke told at a party for the benefit of a select few, it lacks a general appeal and leaves those who just don’t get it feeling left out and a little dumber for the experience. Theatre kids love this sort of humour because it feeds into an existing clique mentality that says “sure, we don’t wear the right clothes or play the right sports or date the right people, but darn it all, we’re quirky and if you don’t get it, son, well you can head on back to Squaresville.” It’s for this reason I think theatre kids (and the adults they grow to become) might be the primary audience for a book like Pantalones.

Let me put it out there right now: I don’t think this is a bad book. I know absolutely nothing about creator Yehudi Mercado (who wrote and illustrated the book), but I recognize what he was trying to do with the property: that is, to cash in on that ever-popular “for kids, but with adult references for the grown ups” genre typified by everything DreamWorks Animation studios has ever put out. And for what it’s worth, I think his attempt to “bring the zaniness of Saturday morning cartoons to this wacky graphic novel” was largely successful. The art style is highly reminiscent of Cartoon Network and Adult Swim shows like Dexter’s Lab and Powerpuff Girls, and just because I don’t happen to particularly like that art style doesn’t mean it’s without merit – in fact, I think it lends itself very well to the over-the-top antics of Chico Bustamante and his ragtag crew of ne’er do wells. That is to say, Chico himself is very much a Dexter-esque trope if the kid scientist directed his superhuman ego at confounding the efforts of chicken-shilling local law enforcement officials as they try to maintain order in a Texas community famous for being the birthplace of underpants.

That last sentence underscores what I’m talking about. There are two types of people who would find the underpants thing funny: twelve year-old boys (because UNDERPANTS HURR HURR) and adults with a theatre kid mentality (because IRONY HO HO). Indeed, there’s a lot of material in Pantalones designed for the discerning hipster adult. The interspersed spoof ads for the likes of the “Hive and Dine Beauty Salon” (where acupuncture by cactus is the order of the day), or Pig Boy’s “Frozen Slopee” (that 5 out of 6 doctors say may cause “hoofism”) are clever enough to warrant a smile, especially if you’ve ever spent time in the real Texas, where these sorts of advertisements are only a jackrabbit’s hair away from legitimate. 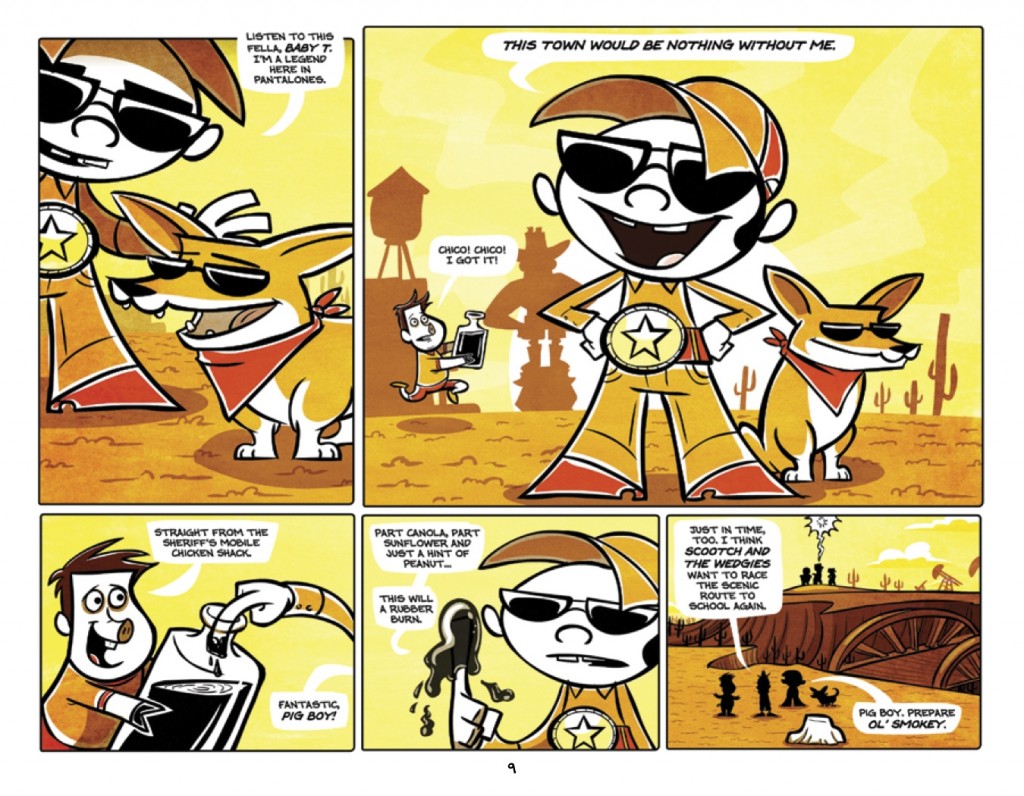 But the whole thing is so frenetic and over-caffeinated both in terms of the art and the rapid-fire dialogue choices (very little exposition, an awful lot of action words), reading it left me jittering like a six year-old with a sinus cavity full of Pixie Stick. I suppose this appeals to the Saturday morning cartoon set, because the most positive thing I can say about this book is that it reads less like a comic and more like storyboards for the “wacky” TV series Mercado actually wanted to make, but ultimately it just doesn’t jam for me.

It comes back to that ‘quirky’ thing I was talking about. Randomness done well can be subversive and clever (like the end of Monty Python and the Holy Grail), but it’s a fine line to walk. Sometimes the entropy is entertaining – I kind of liked the idea of a dune buggy running on french fry grease spiked with jet fuel, for example – and sometimes it’s the theatre kids on the subway shouting “red comets in the soup” at random passersby just because they’re so weird and unique.

Pantalones is very bright and fast-paced and colourful and reads like I’m eating a big bowl of Sugar Bombs, and since I’ll be the first to admit that I’m kind of dour, maybe something this kaleidoscopically busy just isn’t designed for me. If that’s the case it’s okay because somebody is enjoying it, and that’s the whole point. Even if that somebody is a theatre kid: more annoying than nine screaming babies strapped to a jukebox playing Nickelback covers performed by the Chipmunks.