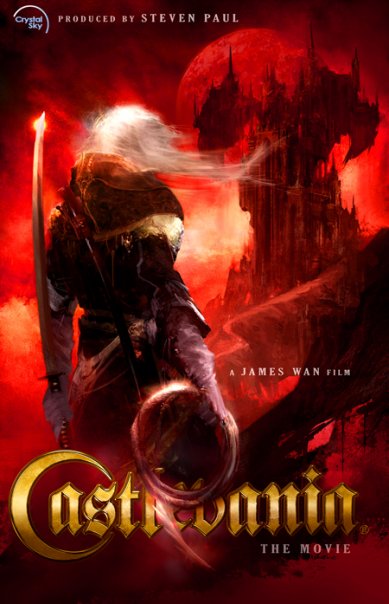 BloodyDisgusting broke news that James Wan, director of the original Saw film, will be directing the live action Castlevania film. Castlevania is one of Konami‘s longest running video game franchises, dating back to 1986 on the original Nintendo.

The central story thread of Castlevania deals with the Belmont clan, a family of vampire hunters who wage an eternal battle against the forces of Dracula.  I’m a huge fan of the series, Castlevania: Symphony of the Night is hands down one of the best games ever made. Although the series is a big seller in North America, Castlevania was created in Japan and has a very Japanese aesthetic.  Wan had this to say about the project,

The thing I love about what Konami did with Castlevania was taking the iconic Dracula mythology and Eastern-European setting, and retelling it with a Japanese pop-cultural sensibility… That’s the East-meets-West tone I want to visually expand on for the film. I’m thrilled by the opportunity to make a highly stylized, fantasy, action film that focuses on the gothic storyline and the cool, anime-like characters.

The film adaptation which previously had Paul W.S. Anderson of Resident Evil fame attached to direct, is due out some time in 2011.  Wan’s most recent feature Death Sentence was highly entertaining.  I really liked the original Saw and actually met Wan at the Midnight Madness screening of the film.  Very cool guy, I’m happy to see Wan in the director’s seat for this; he knows how to do dark and scary and if he can bring in that unique Japanese sensibility the series had then we’re gold.

Had Anderson ended up directing the film, I’m sure it would have starred Milla Jovovich—his wife—as a female vampire hunter and feature plenty of zombies and bad wire work.  I’m right and you know it Anderson!