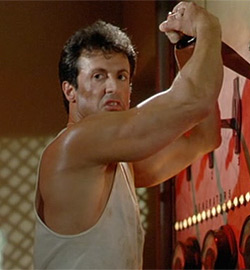 Our look at the career of Sylvester Stallone rolls on with a look at the surprisingly underrated Tango and Cash and the generally forgotten about Lock Up which find Sly on different sides of the law. 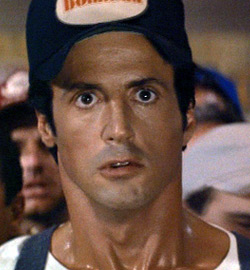 You're the disease, and he's the cure. This week we look at Sylvester Stallone's collaborations with Golan-Globus, better known as Cannon Films, producers of the "unforgettable" Cobra and Over the Top.

In part four of his ongoing series, Will Sloan further probes the early, now postRocky era of Sylvester Stallone's career with the often forgotten about F.I.S.T. and the even more forgotten about Paradise Alley.
G.I. Joe: The Rise of Cobra comes out this summer from director Stephen Sommers. Sommers; creator of such cinematic gems as Deep Rising, The Mummy 1 & 2 and Van Helsing, has resurrected 60’s action figure and 80’s cartoon G.I. Joe as a summer blockbuster in the mold of these films. By in the mold […]