Dork Shelf's Chris Demelo takes a look at some of the amazing offerings at this year's installation.

The futuristic gallery uses play to demonstrate what is possible when creativity meets technology.

Eric and Jon talk First Person Lover, Valiant Hearts, and snowmen on the latest episode of the WhaleCast.

Nick Pagee discusses the innovative search for art in technology at TIFF Kids digiPlaySpace, an interactive playground currently on display at the TIFF Bell Lightbox in Toronto. 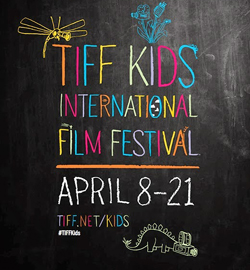 The futuristic playground introduces children (and adults) to the marvels of modern interactive technology.

We take a look inside this years TIFF Kids showcase, including several of the films being screened and a look at some of the other great events for the whole family (and especially, you know, the kids) going down at the TIFF Bell Lightbox from April 9th to the 21st.