The 2017 Toronto International Film Festival is a go – and DorkShelf.com has you covered with reviews, interviews, and more!

This week, The Bloor offers films looking at the ethical and legal problems of security certificates in The Secret Trial 5 and misunderstood urban communities in Slums: Cities of Tomorrow.

A pair of entertaining films about things that defy gravity rock and roll into the Bloor this weekend.

Looks at beloved/controversial TV writer Dan Harmon and the world of high end art forgery roll into The Bloor for a really fun week of documentaries.

Four powerhouse documentaries play at The Bloor this week (including two of the year's best) alongside a plethora of special events.

Three vastly different, but good films open at The Bloor this week. The entertaining expose An Honest Liar, a look at the stigma of addiction in The Anonymous People, and the emotional, personal, and impressionistic Elena. 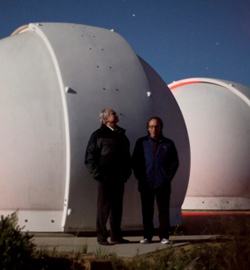 The week at The Bloor, an inside look at The Beatles rise and fall from told from the perspective of the secretary that was with them from the start in Good Ol' Freda and the haunting POW mystery of Unclaimed.