On the eve of a TIFF Bell Lightbox retrospective looking at the works of still up and coming Danish auteur Nicolas Winding Refn, our film writers look at their favourite films from the uncompromising filmmaker behind Drive, The Pusher trilogy, and Only God Forgives 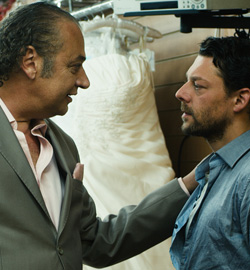 This week's DVD column looks at Ryan Gosling's much talked about Drive, Richard Gere and Topher Grace squaring off in The Double, Daniel Craig and Rachel Weisz buying a Dream House, and the re-releases of Lawrence Kasdan's 1991 Grand Canyon and 2001's seminal Monkeybone. Yes, Monkeybone.

Director Nicolas Winding Refn has proven that he knows the dark world of crime dramas well. His new film Drive manages to be both an immaculate homage to the seminal crime films of Melville and Mann, and a worthy addition to a genre already full of classics.