With the passing of Memorial Day here in the States, the unofficial start to summer is upon us. We're getting into the meat and potatoes of the big budget special effects laden flicks. Sprinkled throughout are a few indie gems to keep you honest. 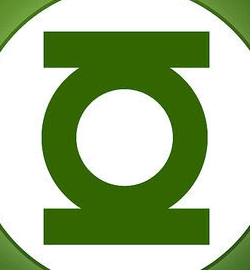 Green Lantern - both the character and the series - has reached phenomenal new heights of popularity under the guidance of superstar writer Geoff Johns. For me though, the comic has become a victim of its own success. The title seemed trapped in this never-ceasing loop of mega-events that required buying ever more series to stay involved. So, after Blackest Night, I dropped it from my reading list. Not because it was bad, but just too sprawling in its scope.

Entertainment Tonight teased fans tonight with the first footage from the upcoming live-action Green Lantern film. Green Lantern stars Ryan Reynolds as Hal Jordan, test pilot and man without fear - or rather man who is able to overcome fear as it was later retconned. The film also stars Blake Lively, Mark Strong, Peter Sarsgaard and Tim Robbins.
Update: Now with more pictures from the issue after the jump. Entertainment Weekly has released a preview shot of their upcoming July 16th issue featuring our first look at Ryan Reynold as Green Lantern. The film is currently being shot in New Orleans with Martin Campbell (Goldeneye, Casino Royale) in the directors seat. Green Lantern […]
Deadline Hollywood is reporting that miracle-working director Christoper Nolan (The Dark Knight, Inception) is set to take a “godfather” role for pre-production work on the upcoming Superman reboot. Talks about bringing the Man of Steel back on the big screen have ramped up recently, with the news about Nolan just coming today. Warner Bros. plans to […]