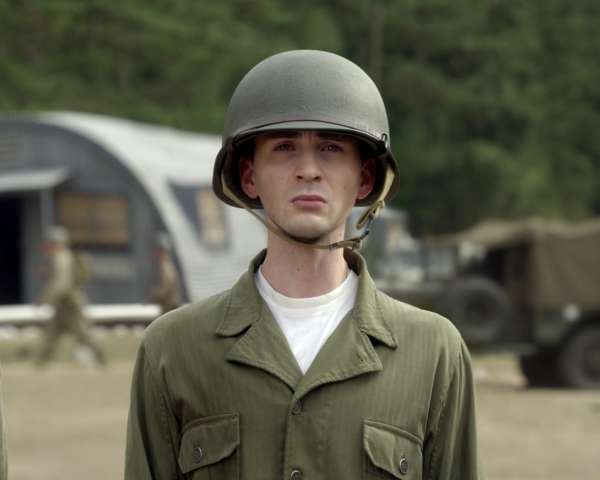 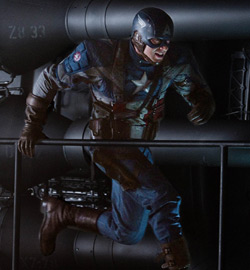 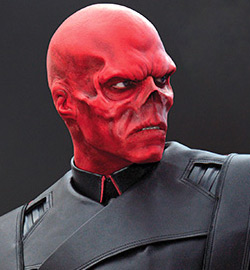 Update: Added high resolution versions, plus another Captain Amerca image courtesy of Paramount. Entertainment Weekly has posted two brand-new photos of Captain America and Thor. Both characters are part of the upcoming Avengers film and have respective movies coming out this year.
Marvel Studios brought out the big guns for their panels at the San Diego Comic Con this weekend. In addition to showing off the first footage from Thor and The First Avenger: Captain America, they assembled the cast of the upcoming Avengers film. Joss Whedon (Serenity, Buffy the Vampire Slayer) was officially announced as the […]
The internet has been abuzz with theories and speculation over what Captain America’s costume would look like in the upcoming Captain America: The First Avenger. Would it be the classic bright blue, winged helmet version? Would it be a more modern take on the character? Or would it reflect the Second World War setting of […]
On Friday, The Hollywood Reporter broke news that actor Chris Evans (Fantastic Four, Sunshine) had been offered the role of Steve Rogers in the upcoming Captain America and The Avengers films. Today THR confirmed that Evans has accepted the role, following one of the most exhaustive and covered casting searches in recent memory. For a […]
I’m not a fan of horror films at all, but after seeing this trailer I definitely plan to check out director Joe Johnston‘s (Hidalgo) remake of The Wolf Man. The film stars one of my all time favorite actors: Benicio Del Toro.  His performances are a rare commodity these days with so much crap out […]