Only God Forgives is an endlessly pretty, but astoundingly boring and brutal exercise that shows director Nicolas Winding Refn is nothing without a proper story to back him up. 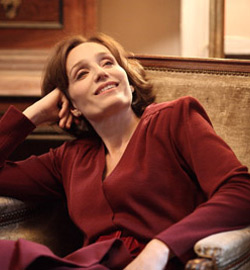 A bit of an interesting failure, Pawel Pawlikowski's The Woman in the Fifth comes tantalizingly close to becoming a great thriller before losing the thread.

Salmon Fishing In The Yemen slides into screens this week with one of the most uninspiring titles for a major release in years, but at least this movie does exactly what it says on the box. Admittedly, there are a handful of sweet and funny little moments as well as some nice performances from, but the film is ultimately about, well, salmon fishing in Yemen. It's not exactly riveting subject matter. Sure assassinations, wartime tragedy, liberal doses of verbal sparring, and some gentle romance are woven in, but ultimately the movie is about the magical healing powers of fishing.