This week on Page of the Wind, we talk about pages 209-215, in which Skarpi is harassed by the Justice of the Tehlin Church, and Kvothe wakes to his true self for the first time since his family were murdered. Heavy stuff!

This week on the Page of Thrones Podcast we cover pages 174-180, in which Catelyn Stark learns that the assassin who came after Bran used Tyrion Lannister’s dagger, and Jon Snow learns that the Brotherhood of the Night’s Watch is not all it was cracked up to be.

Eisner Award-winning artist Janet Lee on the new illustrated edition of Pride and Prejudice, Jane Austen, and what superheroes eat for breakfast.

HBO unleashed a new trailer for their upcoming fantasy series Game of Thrones today. Based on the novels of George R. R. Martin, Thrones revolves around the medieval world of Westeros, a turbulent kingdom where the ruling houses vie for control of the coveted Iron Throne. The show boasts an amazing cast that includes fantasy vet Sean Bean, Lena Headey, Peter Dinklage and HBO alum Aiden Gillen.

Prior to the season finale of Boardwalk Empire, HBO offered a 15 minute behind-the-scenes look at their new fantasy series Game of Thrones. The sprawling series is based on the Song of Ice and Fire novels by author and former TV scribe George R. R. Martin. Game of Thrones revolves around the medieval world of Westeros, a turbulent kingdom where the ruling houses vie for control of the coveted Iron Throne.
A friend of mine once told me about a movie series backed by Ted Turner which was set up to be an epic, three-part, 12-hour opus about the American Civil War.  It was called Gods and Generals, starring Jeff Daniels and Robert Duvall, and it was canceled after the first 4-hour entry of the trilogy.  […] 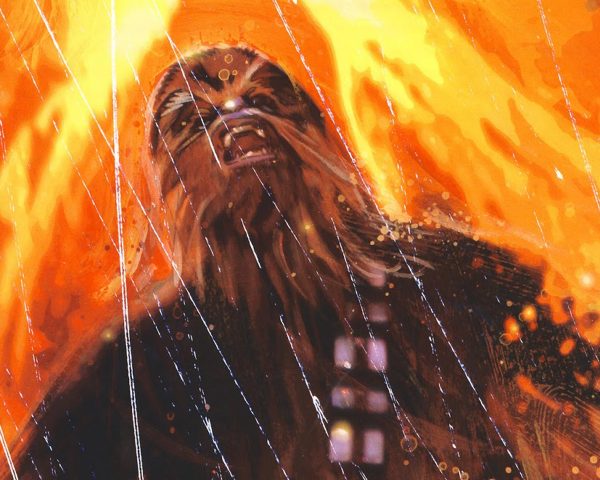 Chewbacca is dead. Love live Chewbacca.
In this "mantastic" episode Lucas, Will, Jeff, and Joel find themselves trapped in a cage deep underwater, assaulted from all sides by the desperate later seasons of The Simpsons. The dorks talk about how Matt Groening's show has changed over time, about what they've been consuming, and some hot news from the worlds of film, video games, and email spam.