We chat with Mary Poppins Returns star Emily Mortimer about what the original Disney classic meant to her and what it was like coming face to face with her childhood while making the movie.

Wait for the next stage production of Into the Woods because Rob Marshall's adaptation is a disaster.

Enter for a chance to win passes to an advance screening of Into the Woods in Toronto on Thursday, December 4th, courtesy of Walt Disney Studios Canada. 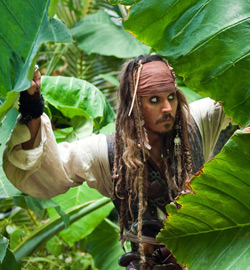 I cannot give a film a pass simply because it is fun to watch. There are plenty of really bad films that are fun to watch, but that doesn't make them good films. Which is why to some degree it pains me to give the latest entry in the Pirates of the Caribbean franchise a modestly negative review. It almost gets everything I like about the series right, but once you leave the theatre it will dawn on you that what you just saw wasn't all that great.