Is the new Blu-ray of the not-so-classic 1994 video game adaptation Double Dragon shelf worthy? The answer might surprise you!

Continuing their recent trend of releasing indie Canadian horror flicks on Blu-ray, Shout Factory brings us a nice HD transfer of Hellions, but no tricks to go with this treat.

Despite a clever, non-linear structure the biopic Lovelace narrows its focus too much to be an interesting or even all that original look at its subject.

Identity Thief is a movie so desperate for ideas to pad out it’s running time that there’s actually a scene involving snakes slithering into pants that I suppose the audience is supposed to pretend they haven’t seen a bazillion and one times before. Put simply the movie just doesn’t work, but what’s most heartbreaking about the whole endeavor is the fact that there’s no reason why a movie about identity theft mixing the talents of Melissa McCarthy and Jason Bateman couldn’t work. 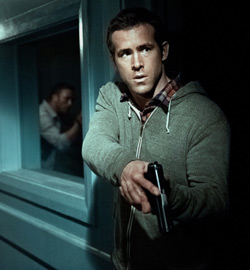