With their full Blu-ray treatment, Shout Factory re-evaluates this 1990 action adventure film that is more self-aware than audiences initially gave it credit for. 25 years later, Robot Jox is more than fun ever.

Dolls (Stuart Gordon, 1987) – There’s a case to be made that Stuart Gordon is the most underrated horror movie director. He permanently carved his name into horror history with his debut Re-Animator, which transformed an old H.P. Lovecraft tale into a deadpan camp comedy drenched in buckets of blood. Yet, that sadly remains his […]

Just in time for Halloween, resident film writers Phil Brown and Andrew Parker take a look at some of their favourite, less iconic horror films of the 1980s. No Shinings, Evil Deads, Freddys, Jasons, Pinheads, or Chuckys allowed. 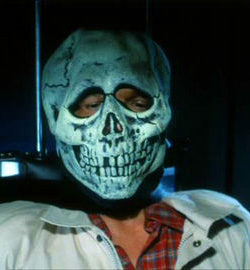 Our archival DVD column returns with a slate of seasonal offerings and oddities with Criterion editions of The Game, Eating Raoul, and Quadrophenia, special editions of Stuart Gordon's Re-animator, Halloween II and Halloween III: Season of the Witch, and the DVD and Blu-ray premiere of Abbot and Costello Meet Frankenstein