That Shelf talked to director Terry Gilliam, star Adam Driver, and the cast of The Man Who Killed Don Quixote about the long gestating film at Cannes last year.

The Man Who Killed Don Quixote is finally here, and we have one of the first reviews. 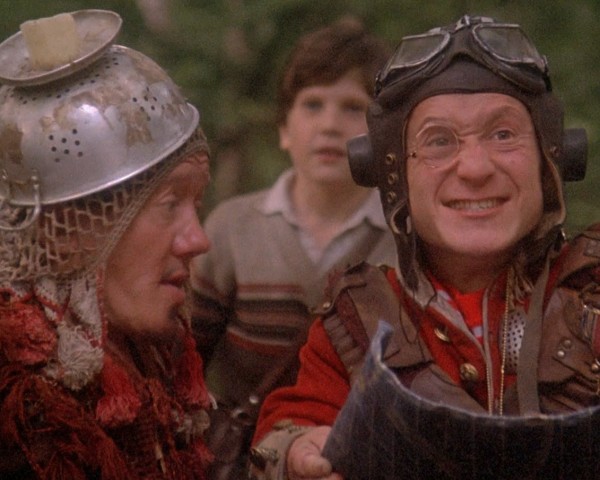 Terry Gilliam's The Zero Theorem is a sprawling, thoughtful mess of a movie that tosses a cavalcade of ideas (both visual and philosophical) at the audience with almost reckless abandon.

The swan song for one of the world's most beloved comedic troupes - Monty Python Live (Mostly) might lean too heavily on musical numbers, but it still gives the audience mostly what they want one final time.

Enter for a chance to win a copy of The Zero Theorem - the latest film from director Terry Gilliam - on DVD, courtesy of Dork Shelf and Mongrel Media!

Just after opening their brand new flagship theatre, the Hot Docs International Documentary Festival used the new/old building to announce their slate of 189 films for their 2012 festival. This year's festival, running from April 26th to May 6th features documentaries in 11 different programs from over 50 countries.
Yahoo Movies UK has posted the first full trailer for The Imaginarium of Doctor Parnassus, the latest film from director Terry Gilliam.  The film also has the distinction of being Heath Ledger’s last film role before his untimely death last year. The film has all the visual flair and filmic insanity we’ve come to expect […]