The Man With the Iron Fists

This week on DVD and Blu-Ray we take a look at current Best Picture front runner Argo, Leos Carax's Holy Motors, the meta-comedy Seven Psychopaths, the meta-horror films Sinister and Mimesis, RZA's kung-fu epic The Man with the Iron Fists, Steve Austin and Dolph Lundgren in The Package, and the high rise Irish horror of Citadel. 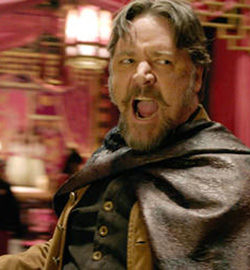