The Redemption of General Butt Naked 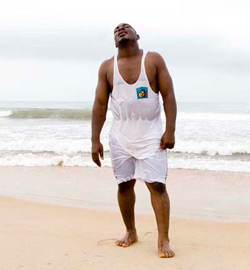 The story of Joshua Milton Blahyi is a difficult one to peg down, but in Daniele Anastasion and Eric Strauss’ documentary The Redemption of General Butt Naked , the filmmakers examine a man who has found God but who might have been so notorious that no amount of divine salvation could ever help in this life or the next.

This year’s Hot Docs Canadian International Documentary Festival kicks off today and runs through May 8. Featuring over 200 films in total, picking which films are worth seeing is a tall order for even the most seasoned fest-vet. With that in mind, allow us to present the second part of our Hot Docs coverage – A selection of documentaries that may just pique your interest.

The 2011 Hot Docs Film Festival is bigger than ever this year with over 200 movies being screened of the course of 11 days. I understand that the choices are overwhelming this year, but here I am to briefly give all you fine Dork Shelf readers my top five picks of the festival and five other films that are in smaller categories of competition that you shouldn't overlook.