I have no intro for this piece. You see, the Hot Docs Film Festival, showcasing the best in the world of documentary filmmaking, is bigger than ever this year with over 200 movies being screened of the course of 11 days. I have seen about 60 of them in the past three weeks and reviewed most of them for another site. I understand that the choices are overwhelming this year, but here I am to briefly give all you fine Dork Shelf readers my top five picks of the festival and five other films that are in smaller categories of competition that you shouldn’t overlook.

Wiebo’s War (Canadian Spectrum) – A stunningly stark portrait of what could make a man turn to terrorism, Weibo’s War follows accused Alberta oil pipeline bomber and Christian evangelical Wiebo Ludwig in his deeply personal fights against what really are injustices that have been committed against his family. The picture of a man who could be pushed to far are reinforced by the fact that director David York lived with Ludwig and was granted access to some deeply personal home movies shot by the family. No matter what you might think of the man, his religion, or his methods, it is very clear to any viewer that something is certainly rotten in Denmark. Fair warning, however, some of the depictions of what happens after a gas leak are not for the squeamish or faint of heart.

Beauty Day (Canadian Spectrum) – Three years before Jackass went on the air, Niagara area resident Ralph Zavadil was doing his own idiotic stunts for viewers of public access television. After his most famous stunt goes awry and becomes a television sensation, Ralph’s story is just beginning. Director Jay Cheel might have stumbled onto one of the best documentary subjects in years. Ralph is both wiser for having lived a rough life, yet unrepentant and looking to get back into the filmmaking aspect of things one final time. Full of belly laughs and more heart than a Care Bears convention, there is no more entertaining film at HotDocs this year. It is also one of the best films of the year overall.

Hell and Back Again (Special Presentation) – Director Dennis Danfung, a photojournalist, creates a film that would have made his colleague the late Tim Hetherington proud. Hell and Back Again follows the life of a young American soldier both on the ground in Afghanistan and back home after being shot through the hip and in need of lots of physical and psychological therapy. This is unlike any film made on the conflict in Afghanistan and unlike any war film you have ever seen before. What this young man is going through at home is just as scary as anything going on in the middle of a war zone. The film doesn’t try to make any easy answers. It simply exists and is far more cinematic than it sounds. It might be the best edited film of the year in any genre.

Family Portrait in Black and White (Canadian Spectrum) – A movie about a foster family with 18 kids might sound like a snoozer, but this film is one of the most complex pieces of filmmaking I have seen in years. It is the story of Olga, a woman who is raising 18 foster kids in a substandard home in the Ukraine. 16 of those kids are black or mixed race and live in a country where neo-Nazi rallies are routine. Every person in this film is totally fleshed out and no one is quite what they seem. An interesting look not only at racism and families, but hording and the nature of forgiveness. Give it a chance. I am willing to bet you will like it.

Being Elmo: A Puppeteer’s Journey (Special Presentation) – There isn’t much in the way of dramatic tension on display in this film about how puppeteer Kevin Clash became the voice and actor behind one of the most beloved Muppets of all time. But it is a movie about the Muppets. And there is a large section of the film dealing with Labyrinth and The Dark Crystal. It’s nerd credit is secured several times over. And it’s just a ton of fun.

Best of the Rest:

Becoming Santa (Workers of the World) – This might be the first documentary with an outside shot of being a film families could enjoy year after year. The story of a man who has lost the holiday spirit and decides to become Santa Claus for a year is surprisingly insightful and consistently funny. It might seem weird watching a Christmas film at the end of August/beginning of May, but see it now and avoid the rush. 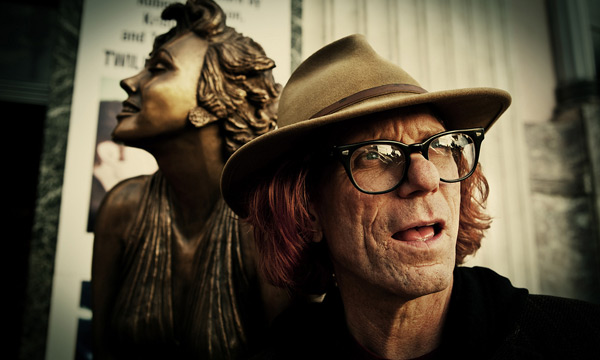 Bob and the Monster (Next) – The story of the early 90s LA punk scene and the horrors of drug addiction are both front and centre in the story of former Thelonious Monster lead singer turned Celebrity Rehab counselor Bob Forrest. The film blends archival footage, current interviews with musical heavyweights like Anthony Keidis and Courtney Love, and some really great stop motion animation to create one of the best stories of redemption in years.

The Redemption of General Butt Naked (World Showcase) – Cutsey title aside, General Butt Naked was a bad man. Joshua Blahyi was the head of one of the most notorious and unothodox killing squads during Liberia’s long running civil war and was responsible both directly and indirectly for the deaths of 20,000 people by his own approximation. Before the end of the war, however, he devoted his life the Christ and set out on a journey of asking for forgiveness from all that he had wronged or cause suffering to. Blahyi is an interesting character no matter what you might think of his “salvation,” but it the film is definitely entertaining and will leave you with a lot to talk about.

Superheroes (World Showcase) – The idea of making a documentary about real life superheroes that patrol American city streets in the name of justice sounds like a novelty, but director Michael Barnett has created a surprisingly dark film about the subject. Some of these people are far from saints and others are just so inept and misguided that you genuinely worry for them. All of them suffer from some psychological trauma that has led them to this point whether they admit it or not. Definitely not what I expected, and probably not what you would be expecting either.

Boy Cheerleaders (International Spectrum) – This film about a squad of, you guessed it, boy cheerleaders (aged 8-14) is precious, funny, and profane all at the same time. Filled with some extraordinary young men from a run down South Leeds estate with some big dreams, we follow the DAZL Diamonds as they make their way from TV shows to botched practices as they gear up to become the first all male cheer squad to win the UK nationals. Heartwarming without being pandering, this is feels like a proper follow up to Billy Elliot, only with strong single mothers instead of disapproving fathers. A great film to take your mother to since it’s final showing is on mother’s day.