This Week in DVD

This post Turkey day DVD release date brings us reviews for The Raven, People Like Us, Iron Sky, and the now even longer Rock of Ages.

This week on video store shelves we take a look at Tim Burton's Dark Shadows, The Babymakers, Sean Bean in Cleanskin, and some indie film called The Avengers. 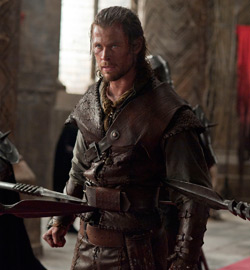 Not much new to report on the home video front this week aside from a pair of teen movies: the extremely successful and entertaining Detention and the only kind of okay LOL.

It might be a day late, but check out our rundown of some of this week's biggest DVD and Blu-ray releases as looks at Keyhole, Jiro Dreams of Sushi, and Extraterrestrial, while Phil Brown looks at a holdover from last week with Casa de mi Padre.

This week on DVD and Blu-Ray, takes on Mel Gibson in Get the Gringo, Lockout, Friends With Kids, Being FlynnA Bag of Hammers, and the fourth season of TV's Sanctuary, while Phil Brown sinks into American Reunion, Silent House, and Bobcat Golthwait's God Bless America.