This Week in DVD

With about roughly one billion film festivals this past month, our film writers haven't been able to keep up with the DVD column. So here now is a mix of everything leading up to this current week with looks at Django Unchained, Silver Linings Playbook, John Dies at the End, Gangster Squad, Jack Reacher, Broken City, Mama, The Details, Promised Land, Revenge for Jolly!, The Oranges, and links back to a ton of other stuff we just didn't have room for.

This week on home video we check out The Twilight Saga: Breaking Dawn - Part 2, Wreck-It Ralph, The Intouchables, Red Dawn, The Marine 3: Homefront, The Bay, and Girls Against Boys.

This week on DVD and Blu-Ray we take a look at current Best Picture front runner Argo, Leos Carax's Holy Motors, the meta-comedy Seven Psychopaths, the meta-horror films Sinister and Mimesis, RZA's kung-fu epic The Man with the Iron Fists, Steve Austin and Dolph Lundgren in The Package, and the high rise Irish horror of Citadel. 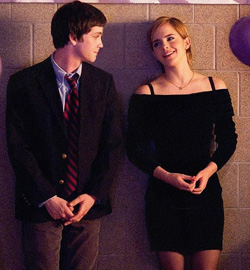 Today we go back to the video store for looks at Skyfall, The Perks of Being a Wallflower, The Sessions, and Robot & Frank.

This week at the video store we check out Flight, Here Comes the Boom, Celeste and Jesse Forever, Alex Cross, Les Infideles, The Inbetweeners Movie, and L'affaire Dumont.

Looking ahead at the holiday DVD and Blu-ray shopping season, we don't like much of what we see, including Men in Black III, Hope Springs, Ted, The Bourne Legacy, Lawless, and The Odd Life of Timothy Green, but the post-apocalyptic thriller The Day is better than it has any right to be, Laurence Anyways is an exceptional Canadian film, and there's also that Batman movie from that really famous director guy.