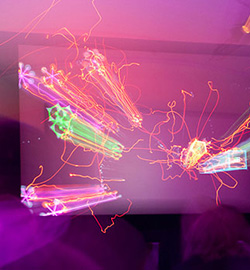 Can you imagine going to the theatre to play a game in tandem with the audience on a regular basis? RENGA gave life to the concept at TIFF Nexus. Dork Shelf's Eric wonders: can theatrical gaming become the next big form of live entertainment?

John Sear and Adam Russel turn spectators into participants (and guinea pigs) at TIFF Nexus on a multiplayer ride with Renga, a game the audience plays in unison on the big screen. 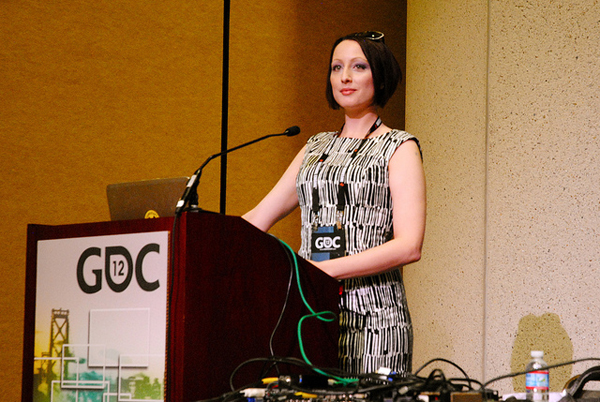 Looking for a TIFF activity that doesn’t involve a two-hour rush line? Try checking out the TIFF Nexus Mini-Arcade! The exhibit runs for the duration of the festival and infuses the proceedings with a bit of local gaming flavour with help from a slew of prominent developers. All of the games are free to play and ask only that you open your mind to something new. 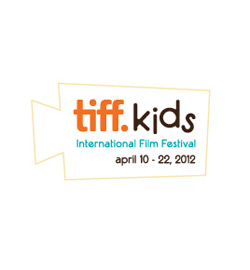 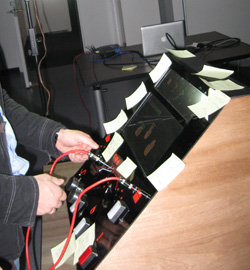 It has buttons, says Sony's PlayStation Move. You are the controller, says Microsoft's Kinect. Pfft... that's all child's play. Have you ever flown a plane using only your eyes?
Digifest is Toronto’s international festival celebrating innovation and digital creativity. From October 26-30, we will be bringing together some of the world’s best and brightest to showcase next generation digital art & design. Established and emerging designers, technologists and artists will come together during Digifest for presentations, incredible demos, interactive exhibitions and parties. Attendees will learn about the latest trends and experience innovations firsthand.
As part of Digifest 2011 Innovation Days, TIFF Nexus hosts the first in a series of conferences that bring film, gaming and new media professionals together at TIFF Bell Lightbox.