Told through desktop and mobile screens, horror #Blue_Whale looks to uncover the cybercrime responsible for the deaths of many teenagers. 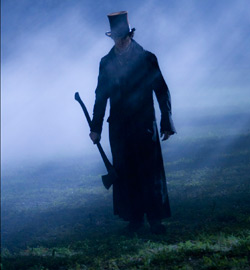 Wrapping up our look at the cinematic offerings for the month of June, we take a look at some real heavy hitters with Brave, Moonrise Kingdom, Prometheus, Abraham Lincoln: Vampire Hunter, Snow White and the Huntsman, Rock of Ages, and Piranha 3DD, which will undoubtedly win the box office crown for the month.
Apparently no one in Moscow looks up either. Or at least they don’t for a while. That is, until a series of heroic deeds around the city (rescuing children from burning buildings, depositing bank robbers in front of police stations, etc.) are performed by someone in a flying 1951 black Volga. Certainly it is the […]