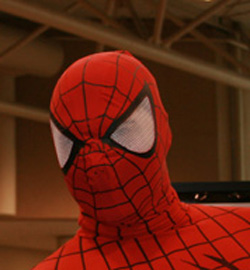 For the first part of our Comic-Con roundup, we're highlighting the fans who dressed especially for the occasion, in costumes based on our favourite comics, video games and television shows. 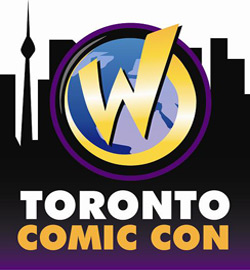 Earlier today, Wizard World announced that the 2012 Toronto Comic Con would be moving to a new venue: the Metro Toronto Convention Centre in the heart of downtown Toronto. It's welcome news for those of us who did not enjoy that chilly Spring trek out to the Direct Energy Centre. 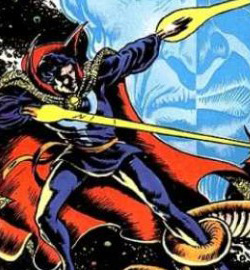 Last week two DLC characters for Marvel vs Capcom 3 were released. From the Capcom side was Resident Evil’s Jill Valentine, who’s been having trouble with mind-controlling parasites lately. On the Marvel side is Shuma-Gorath, a sassy one-eyed tentacled monster who few people who work at Marvel Comics, let alone read them, have ever heard of. Except for a handful of encounters with Dr. Strange and the Fantastic Four in the 1970s and 80s, he barely exists at all.

I enjoyed Sigil #1, but having never read the original series - published by CrossGen from 2000 to 2003 - I found the comic’s plot a bit thin and somewhat confusing. Still, Leonard Kirk’s attention-grabbing artistic style more than made up this, and has me eagerly awaiting issue #2.

With the release of the Iron Man 2 DVD and Blu-Ray today, now seems like a good a time to post our interview with conceptual designer and comic book artist Adi Granov from the 2010 Wizard World Toronto Comic Con. Granov is best known for his distinctive work on Marvel's in Iron Man: Extremis miniseries, as well as his incredible cover art for a variety of Marvel titles. His amazing work on Extremis eventually led Granov to a job as conceptual illustrator and suit consultant on Jon Favreau's two Iron Man films.
The first Wizard World Toronto Comic Con kicks off today (that’s March 26th) at 12pm. There will be something at the con for dorks of all stripes; whether you’re a fan of sci-fi, horror, comic books, video games, anime, etc. If it’s dorky, chances are you’ll find it at Toronto Comic Con. Featured guests include […]