In a small Icelandic town lies a very unique tourist attraction: The Icelandic Phallological Museum. From hamsters to sperm whales, this museum displays phalluses from just about every mammalian species, except one: the elusive human penis. The Final Member documents founder Sigurdur Hjartarson’s quest to secure this missing piece, resulting in a film that’s both humorous and thought provoking.

Over 30 years ago, Hjartarson received a bull penis as a gag gift, thus beginning a personal collection that eventually outgrew his home and spawned the museum. Hjartarson may come off a little odd at first, but the very ‘matter of fact’ way he speaks of his legacy rubs off on the audience, and we quickly accept that there’s actually nothing strange about this at all. The Phallological Museum is more than just a bunch of wangs hung on the wall; it’s also a social experiment that asks ‘why is this taboo?’

The drama comes from the sausage race that begins when there are two men who want to provide the first human specimen. First is Páll Arason, a 95 year old well known Icelandic adventurer and womanizer; an ideal candidate for his local fame and imminent passing. Then comes Tom Mitchell, an American middle aged man so sure that his penis (“Elmo”) is destined for great things that he’s willing to part with it while still alive. Tom even goes as far as tattooing stars and stripes on the tip so that everyone who sees it knows that “Elmo” is as American as apple pie. You can even follow @ElmoThePenis on Twitter (but beware of spoilers if you haven’t watched the film yet).

The Final Member is a well shot, mature and amusing documentary that paints a respectful portrait of a man with an uncommon dream.  What’s more is the filmmakers were able to resist in the film what I could not in this review by castrating the easy jokes and puns that could have penetrated the subject, making this the best documentary about a collection of dicks since Enron: The Smartest Guys In The Room. (Noah Taylor)

There isn’t a sports fan across the globe that isn’t at least somewhat familiar with the remarkable story of Jeremy Lin.  Linsanity allows fans a glimpse at the man whose boyhood dream of play pro basketball came true, but it slants into areas that it doesn’t need to.

From a humble background to an NBA star, Lin made an incredible run to get to the NBA.  From state high school champion to all-Ivy League at Harvard, then undrafted by the NBA and unwanted in the pros, his story starts long before he landed on Broadway with the Knicks. We see how his faith and his unwavering love of the game got him to the mecca of professional basketball.

Obviously not a heaving hitting piece, Linsanity adequately reminds us all that being a pro athlete is not necessarily as easy as it looks on TV.  While the undeniable issue of racism surrounding being an Asian-American in a predominantly black and white game is integral to the story, the film tends to use this sticking point (and Lin’s religious beliefs) as a clichéd crutch instead of as a larger point about Lin. Still, it’s a pretty classical underdog story.

Linsanity is nice little crowd pleaser that truly shows how dreams really know no color or racial boundaries because all that matters is how you play the game. (Dave Voigt)

The worlds of both Canadian cinema and documentary filmmaking were dealt a heavy blow back in November with the tragic passing of director, writer, advocate, teacher, and lifelong learner Peter Wintonick. Succumbing to cancer at the age of only 60, Peter was working on one final film – a look at his own personal struggles titled Be Here Now – before his condition worsened and he was unable to complete his work. On Saturday, January 25th at 1:00pm, The Bloor will hold a special screening of Wintonick’s best known work, the look Noam Chomsky Manufacturing Consent. The screening will also come with a post film Q&A with co-director Mark Achbar and special guests. All proceeds from the screening will go towards helping Peter’s daughter, Mira Burt-Wintonick, complete his final film. It’s a very worthy cause and one cinema fans should definitely show up in force to support. 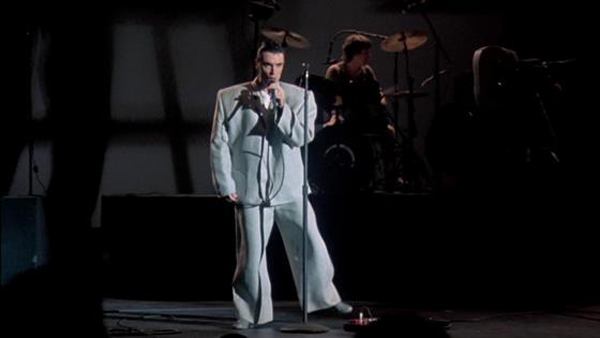 Later on Saturday night at 9:30pm (doors at 8:00pm), The Bloor plays host to a special screening of one of the best rock and roll documentaries of all time, in partnership with NXNE. Jonathan Demme’s 1984 stroke of genius Stop Making Sense goes beyond just making a stock, rote concert film about the band Talking Heads, and instead goes all in for a full on theatrical and cinematic piece of performance art that few bands and filmmakers ever try to attempt. It’s one of the few examples of a concert film that’s not only designed for the big screen, but contains a performance that its band would never replicate. It’s certainly something special, and The Bloor is pairing up a pretty kick ass party to go along with it. The fun starts at 8 with $5 tallboys of Steam Whistle and a DJ set from Pursuit of Happiness singer Moe Berg.