Over Your Dead Body

It’s been a while since we’ve seen the side of Takashi Miike that’s on display in Over Your Dead Body. Miike continues to live up to his legend by making multiple films every year and including and least one sequence of toe-curlingly visceral violence. But he hasn’t trotted into the horror genre for far too long. It’s a pleasure (as much as that word is appropriate) to have him back.

Miike’s latest is a complex and multilayered beast. It revolves around the making of a classic nasty Japanese revenge play Yotsuya Kaidan, which Miike stages gorgeously as an elaborate kabuki-influenced production. Most of the play is seen onscreen and Miike clearly relishes the chance to apply his old theatrical directing tricks with bizarre lighting cues and rotating sets. Then along the sidelines, Miike also slowly builds up his own tale of adultery and betrayal amongst the actors behind the scenes. Eventually reality, fantasy, and the supernatural blur in a gloriously gory way that only Miike could have dreamed up. 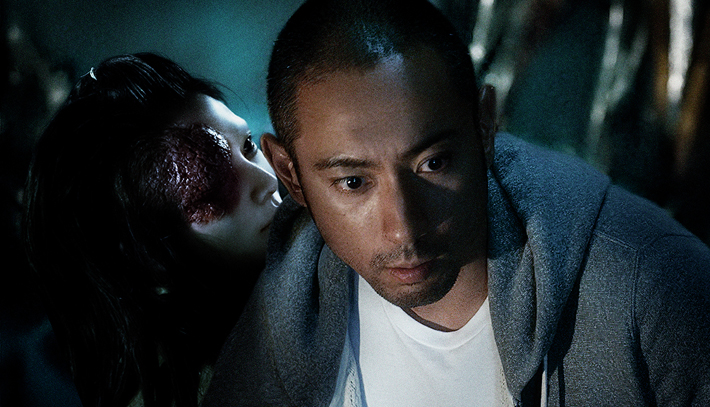 Like much of the director’s work, Over Your Dead Body is very much a slow burn. There are times when the movie feels like little more than a backstage melodrama and a particularly slow and dreary one. But that’s just Miike up to his old tricks, lulling his audience into a false sense of security so that when the blood starts to flow and body parts are lopped off, the shock value hits the much harder. The film might teeter on the line of tedious, but it’s worth it for the gooey mind-fuck end results. (Phil Brown)