With the embarrassment of riches being shown on Toronto’s multiple screens dedicated to repertory cinema, we decided it was high time to create a monthly guide for all of our local readers. Highlighting everything from the classic to the bizarre, from the backroom at Eyesore Cinema to the recently reopened Ontario Cinesphere, we’ve included screenings taking place all over the city. Find out which ones are FREE, which are 35mm prints, and which screenings are accompanied by special guests and other performances, from burlesque dancing and live bands, to classic monthly showcases.

Far from being Dario Argento’s first foray into the giallo—the Italian version of the anglophone murder mystery genre putatively established by Mario Bava with his Hitchcock-inspired La ragazza che sapeva troppo (The Girl Who Knew Too Much, 1963)—Profondo rosso (Deep Red, 1975) is arguably still his finest. Second screening of the series “Fear Italian Style” presented by the Italian Cultural Institute.

Appearing in the top 10 of every recent critics’ poll of the greatest films ever made, L’Atalante fully justifies the critical hyperbole it has always elicited: “May be the greatest film ever made” (Georgia Brown, The Village Voice); “One of the indisputable masterpieces of the cinema” (British Film Institute); “A very great movie” (Vincent Canby, The New York Times). Part of the Complete Jean Vigo Restored programme.

The Lord of the Rings: The Two Towers (Extended Version) (2002) @ Cinesphere

The Extended Edition of Peter Jackson’s epic adaptation of The Two Towers – and the biggest screen possible: The Cinesphere. While Frodo and Sam edge closer to Mordor with the help of the shifty Gollum, the divided fellowship makes a stand against Sauron’s new ally, Saruman, and his hordes of Isengard.

Easily the most notorious film in the Shaw Brothers catalogue, The Boxer’s Omen is kung fu by way of Alejandro Jodorowsky, loaded with mystic martial arts, gross-out provocation, and shocking sadism. Part of TIFF’s Kung Fu Fridays: Fatal Fists and Crazy Kicks from the Shaw Brothers.

Baby friendly screening of this animated classic – presented with house lights on, and volume-not-too-loud.

Described by its first-time writer-director as “The Stepford Wives meets The Help,” Jordan Peele’s slyly satirical take on the feel-good liberalism of Guess Who’s Coming to Dinner revitalized the American horror film, re-establishing the genre as a vehicle for radical social and cultural critique.

Winner of eight Academy Awards (including Best Picture, Director, and Actor), Elia Kazan’s blistering account of racketeering on the New Jersey waterfront was hailed as a milestone in screen realism and a bona fide American art film.

The Eastern Promises series brings the masterful revenge flick from Park Chan-Wook to The Royal. 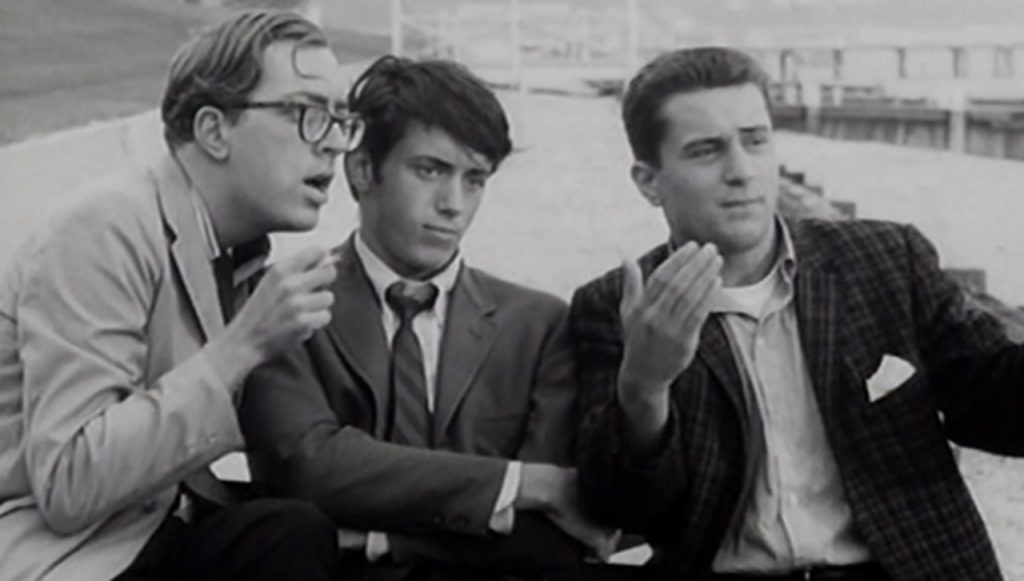 In 1964, a young “Robert Denero” (sic) stepped in front of a movie camera for the first time. The film was The Wedding Party – the first of 3 movies De Niro would make with Brian De Palma, kicking off both of their careers. Part of the Early films of De Palma and De Niro

The first film to receive an X certificate in the United States – for adult/offensive language, mild sex/nudity, but primarily for antisocial content and a detailed breakdown of how to evade the draft – Greetings (1968) is a freewheeling satire focusing on a trio of twentysomething friends, a conspiracy theorist (Jonathan Warden), a filmmaker (Gerrit Graham), and a voyeur (Robert De Niro), as they shamble about their lives and try to avoid the Vietnam War by any means necessary. Part of the Early films of De Palma and De Niro.

A seventeen-year-old aristocrat falls in love with a kind but poor artist aboard the luxurious, ill-fated R.M.S. Titanic. Presented by Anne T. Donahue, author of Nobody Cares! with special guest Randi Bergman, creator of the Capsule ’98 podcast.

Are you a fan of period films featuring extravagant costumes and agonizing affairs of the heart? Do you enjoy drinking tea and nibbling on scones while listening to posh British accents? The Fox presents Sense and Sensibility – part of the “High Tea Cinema” series – with tea, treats and a Jane Austen-inspired marketplace!

Part of “Fearless: The Films of Katharine Hepburn” retrospective, honouring the legacy of an icon who ceaselessly challenged Hollywood’s prescriptive gender roles and helped define the mid-century idea of the “modern woman.”

What better way than to celebrate bunny season with a twisted Alice in Wonderland film adaptation from the Czech Republic?! Alice is a 1988 dark fantasy film written and directed by Jan Švankmajer. A loose adaptation of Lewis Carroll’s first Alice book, the film combines live action with stop motion animation, and is distinguished by its dark and uncompromising production design.

Have a film event or screening in Toronto or the GTA? Want to be listed on That Shelf’s weekly Toronto Screening Calendar? Let us know at editor@thatshelf.com