Movie and TV adaptations based on Stephen King novels have a spotty track record. Sure, King’s adapted work has its share of classics. But, man, does his brand ever have some stinkers? For every Carrie and The Shining there is a Dreamcatcher, Cell, and The Dark Tower. For a time, word of a new King adaptation wasn’t cause for excitement. But 2017’s It, went a long way in changing that perception.

Director Andy Muschietti took It, one of King’s most renowned novels, and elevated the material into one of the era’s defining works of horror. Whether you love it or hate it, Pennywise 2017 is the official brand of nightmare fuel for a new generation of horror buffs. People will keep returning to this film for decades.

But It was only one half of a two-part story. And It Chapter Two, which rolls into theatres this fall, carries the highest of expectations. It’s story of seven hapless kids forced to confront a supernatural force of evil won over legions of fans while also shattering box office records for R-rated horror flicks. But above all, the film scared people s#itless. Can this movie live up to the hype? i’m optimistic. With Muschietti at the helm and a cast that includes Jessica Chastain, James McAvoy, and Bill Hader, the production is on the right track.

Evil resurfaces in Derry as director Andy Muschietti reunites the Losers Club—young and adult—in a return to where it all began with “It Chapter Two.”

The film is Muschietti’s follow-up to 2017’s critically acclaimed and massive worldwide box office hit “IT,” which grossed over $700 million globally.  Both redefining and transcending the genre, “IT” became part of the cultural zeitgeist as well as the highest-grossing horror film of all time.

Because every 27 years evil revisits the town of Derry, Maine, “It Chapter Two” brings the characters—who’ve long since gone their separate ways—back together as adults, nearly three decades after the events of the first film. 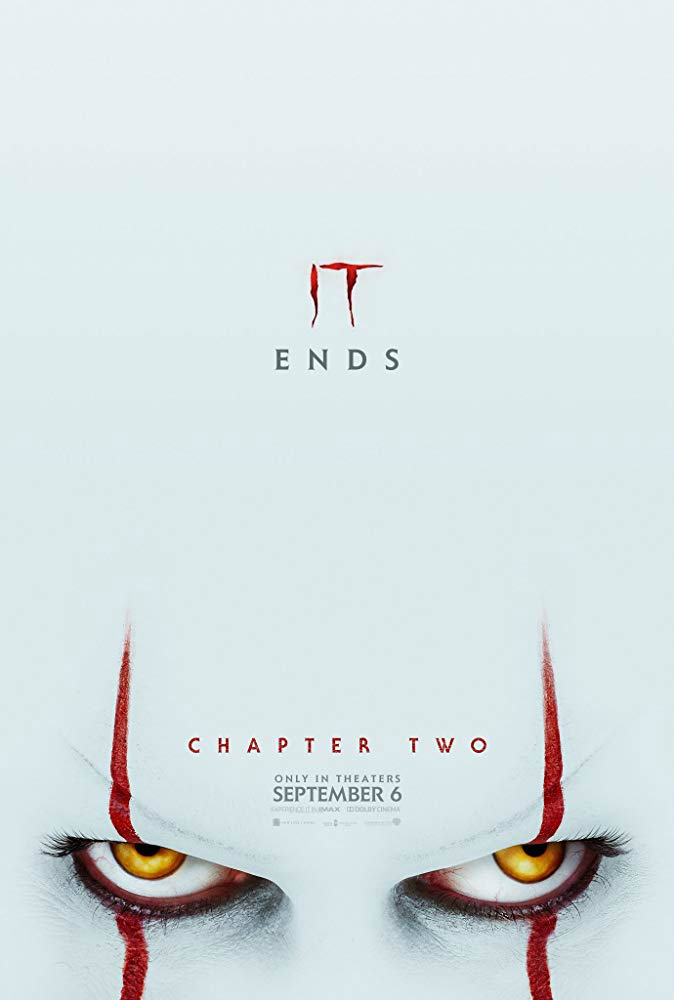 It Chapter Two is slated for release in theaters and IMAX on September 6, 2019.