Thanks to Highball.TV for sponsoring ThatShelf’s 2019 TIFF Coverage!

The 44th annual Toronto International Film Festival offers hundreds of titles that appeal to every film-loving taste; features, docs, shorts, Q&A’s, workshops, and panel discussions. So, making the most of the ten-day festival is daunting, to say the least.

To help ease your festival FOMO, here’s a rundown of promising titles at the top of our TIFF must-see list. 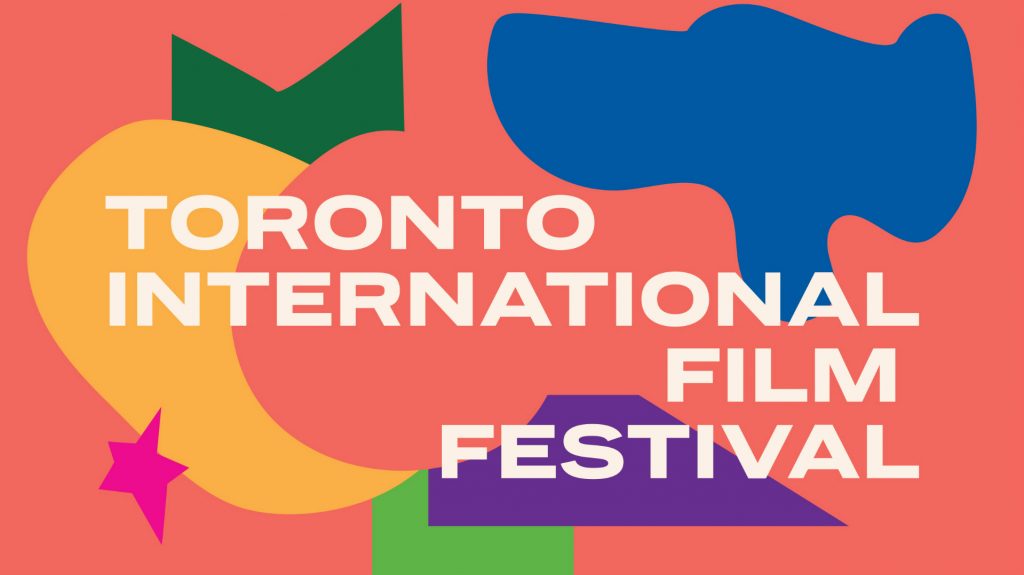 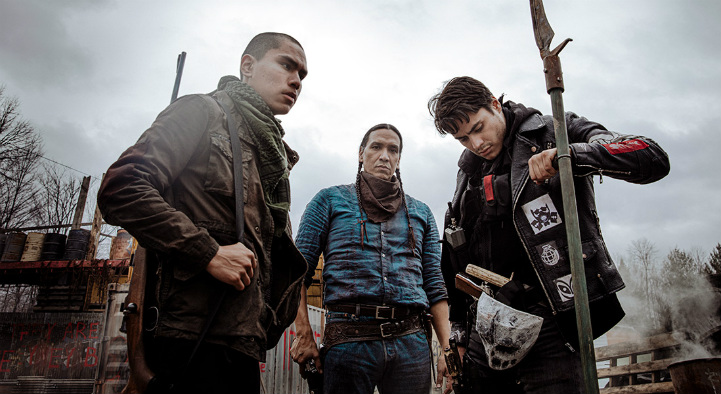 Jeff Barnaby’s astutely titled second feature is equal parts horror and pointed cultural critique. Zombies are devouring the world, yet an isolated Mi’gmaq community is immune to the plague. Do they offer refuge to the denizens outside their reserve or not?

HOW TO BUILD A GIRL (Coky Giedroyc)

Tony-winning Broadway actor Cynthia Erivo stars in Kasi Lemmons’ inspiring biopic about renowned abolitionist Harriet Tubman, who escaped slavery and risked her life to lead others to freedom through the network of safe houses known as the Underground Railroad.

Michael B. Jordan, Jamie Foxx, and Brie Larson star in the powerful true story of Harvard-educated lawyer Bryan Stevenson (Jordan), who goes to Alabama to defend the disenfranchised and wrongly condemned — including Walter McMillian (Foxx), a man sentenced to death despite evidence proving his innocence. Bryan fights tirelessly for Walter with the system stacked against them. From director Destin Daniel Cretton, based on the book by Stevenson. 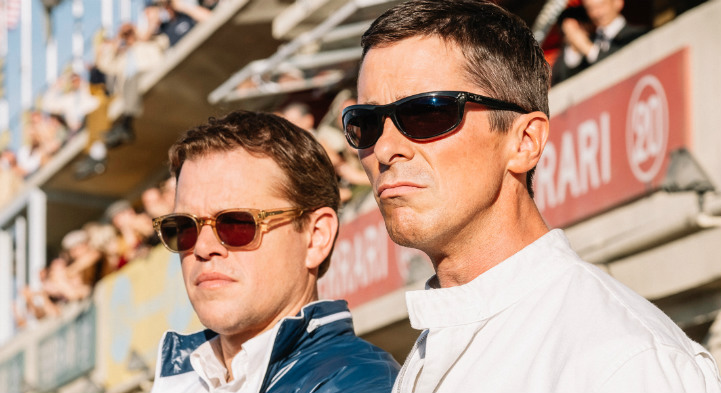 10: Ford v Ferrari (James Mangold)
Stars: Christian Bale, Matt Damon, Caitriona Balfe
Even if Fast & the Furious movies put you fast asleep, Ford v Ferrari deserves a spot on your festival watch-list. Filmmaker James Mangold turned Logan into the most respected comic book movie since The Dark Knight. And here, he’s working with a couple of Hollywood A-listers (Matt Damon and Christian Bale) who are at the top of their game. This film is sure to have people buzzing.

James Mangold (3:10 to Yuma) directs Matt Damon and Christian Bale in this high-speed biographical drama that pits an underdog team of American automotive engineers against Ferrari in the 1966 “24 Hours of Le Mans” endurance race. 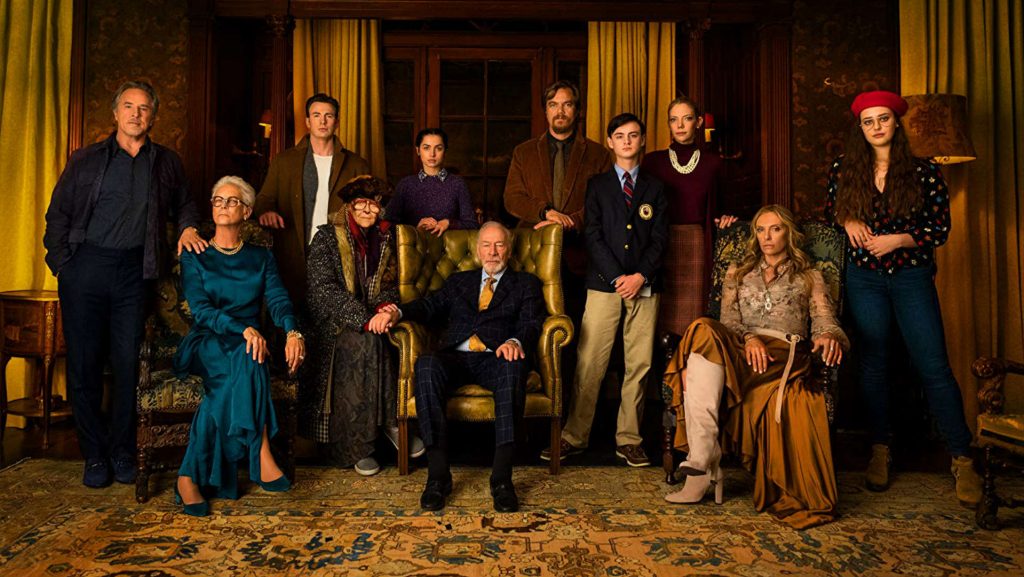 9: KNIVES OUT — Rian Johnson
Stars: Daniel Craig, Toni Collette, Jamie Lee Curtis, Chris Evans
The man behind Looper and Star Wars: The Last Jedi is back at TIFF with a star-studded whodunit that calls back to films like Clue and Murder by Death. Knives Out is the perfect choice for festivalgoers whose tastes skew mainstream. 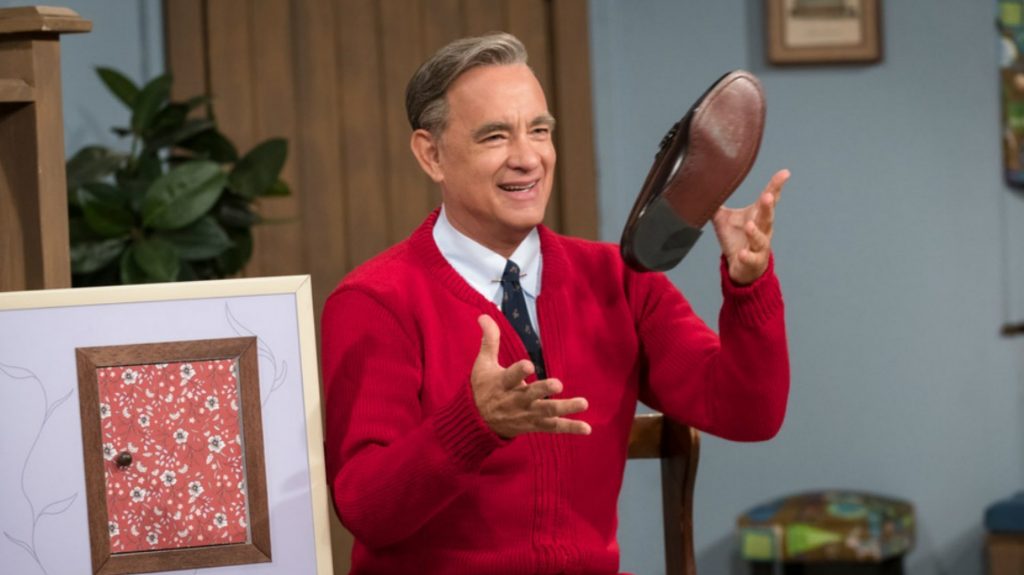 8: A BEAUTIFUL DAY IN THE NEIGHBOURHOOD — Marielle Heller
Stars: Tom Hanks, Matthew Rhys, Tammy Blanchard
This one has Oscar-bait written all over it. The film stars Hollywood darling, Tom Hanks, an actor as talented as he is beloved – and someone with plenty of Academy Award-pedigree. The picture’s director Marielle Heller is quietly carving out a spot for herself among the industry’s most respected directors.

Heller’s movies, Diary of a Teenage Girl and Can You Ever Forgive Me?, both feature career-best performances from her lead actors. Heller joining forces with Tom Hanks is cinematic gold. 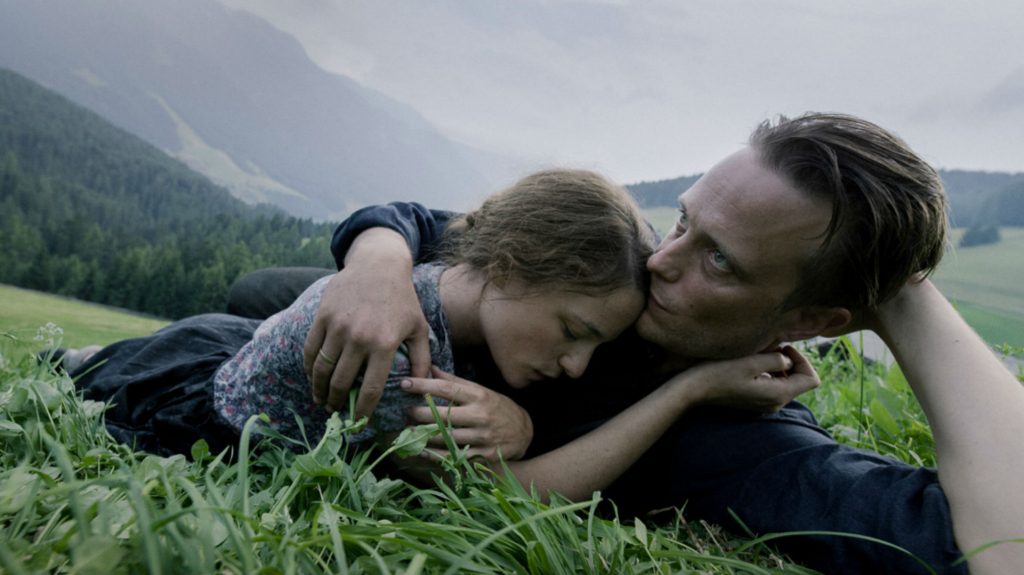 7: A HIDDEN LIFE — Terrence Malick
Stars: August Diehl, Valerie Pachner, Michael Nyqvist, Matthias Schoenaerts
Malick has a few all-time classics in his filmography, and any time he puts out a film, it’s a huge deal. For decades, the elusive director worked at a pace that makes George R.R. Martin look like The Roadrunner. But in recent years, he dropped a slew of poorly reviewed arthouse flicks that disappointed his long-time fans. When Malick is on top of his game, he creates transcendent work that few filmmakers can rival. But when he’s off, he really misses the mark.

Critics are calling A Hidden Life the director’s return to form, and a more accessible picture that sticks closer to a traditional narrative structure. So it may be worth going out of your way to catch his three-hour film.

The conscience of a pious Austrian farmer is severely tested as war blankets Europe and Nazi ideology spreads, in this enveloping, spiritual epic from master Terrence Malick (The Tree of Life). 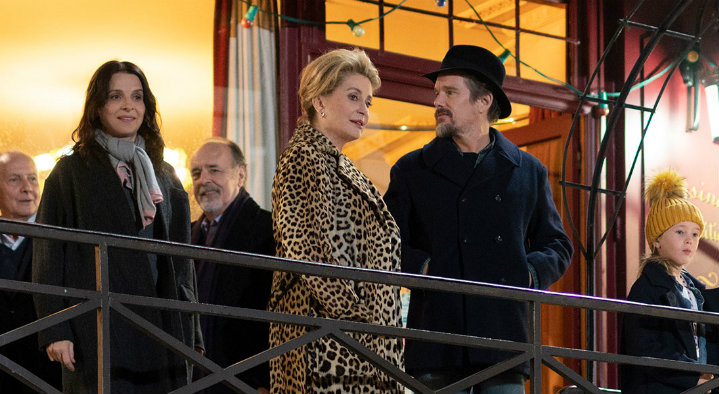 6: THE TRUTH (La vérité)— Hirokazu Kore-eda
Stars: Catherine Deneuve, Juliette Binoche, Ethan Hawke
Film festivals were created to go and watch Hirokazu Kore-eda-quality movies months before they arrive in North American theatres. If you consider yourself a film lover and haven’t seen his last film, Shoplifters, stop what you’re doing and go watch it now, while it’s still on Netflix. And then come back here and bump The Truth to the top of your must-see list.

Acclaimed director Hirokazu Kore-eda’s (Shoplifters, Like Father, Like Son) first film made outside his native Japan stars Catherine Deneuve and Juliette Binoche as a mother and daughter in the film industry whose professional collaboration triggers long-buried resentments. 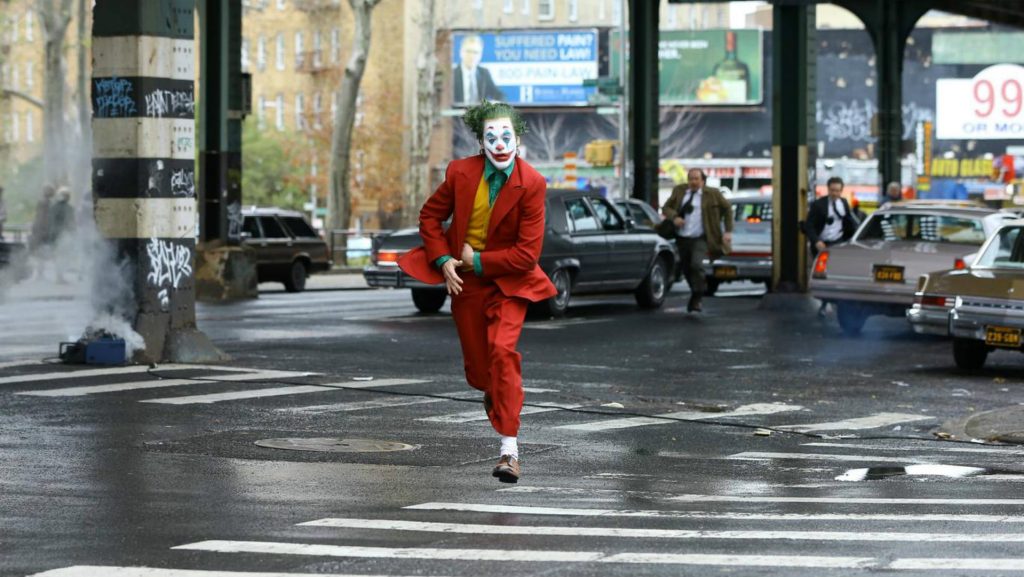 5: JOKER — Todd Phillips
Stars: Joaquin Phoenix, Robert De Niro, Zazie Beetz
Joker is the rare comic book movie that steps away from its convoluted source material (and shared cinematic universe) to tell a fresh story. The Hangover director Todd Phillips says to hell with Batman and focuses the entire film on the Clown Prince of Crime instead. This picture is all about the Joker’s twisted origin.

Is that a smart gamble for the studio? Who knows? But rest assured that Joaquin Phoenix’s performance will be worth the price of admission.

Todd Phillips’ standalone origin story of an iconic arch-nemesis stars Joaquin Phoenix as Arthur Fleck, a man disregarded by society. Joker is not only a gritty character study, but also a broader cautionary tale. 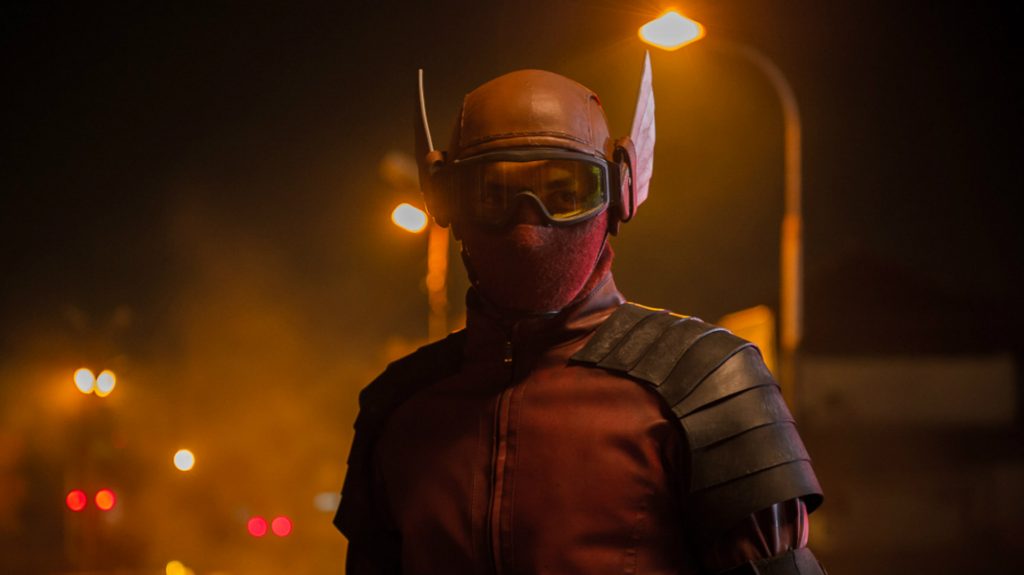 4: GUNDALA — Joko Anwar
Stars: Abimana Aryasatya, Bront Palarae, Tara Basro
Joko Anwar’s last film, Satan’s Slaves, is one of the best horror flicks of the past few years; the type of film that makes you go out of your way to see what the filmmaker does net. With Gundala, Anwar is taking a crack at cinema’s most popular genre: superheroes. Indonesia has produced some of the most thrilling action movies of the past decade, and Gundala looks to offer the jolt of originality lacking in today’s comic book movies.

In this exhilarating actioner from writer-director Joko Anwar (Folklore), Indonesia’s preeminent comic book superhero (and his alter ego Sancaka) enter the cinematic universe to battle the wicked Pengkor and his diabolical squad of orphan assassins. 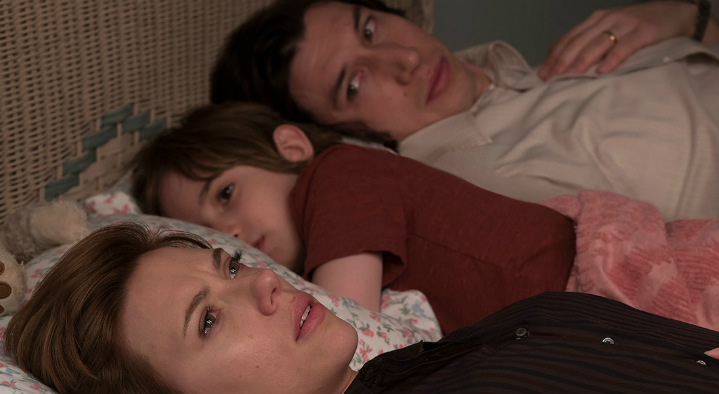 Baumbach’s films Mistress America, Frances Ha, and The Meyerowitz Stories (New and Selected) explore raw emotional themes without compromising their mainstream appeal; the type of stories that cinephiles can’t get enough but also appeal to my dad. I’m not going to sit around and wait for this movie to show up on Netflix. 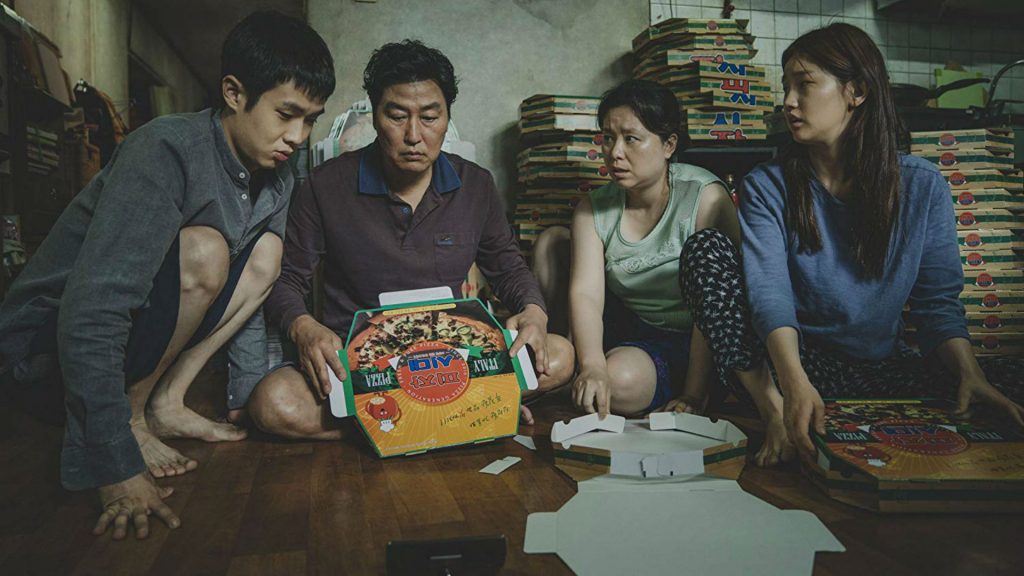 2: PARASITE (Gisaengchung) — Bong Joon-ho
Stars: Kang-ho Song, Sun-kyun Lee, Yeo-jeong Jo
Parasite filmmaker Bong Joon-ho is a man on top of his game right now, and that’s really no surprise.  Parasite won the highly coveted Palme d’Or at Cannes this year. And to be fair, the world’s most prestigious accolades are long overdue.

IMDb lists Parasite as a Comedy, Drama, Thriller, and that’s as spoiler-y as I’m willing to get. For maximum enjoyment, go into this one with as few details as possible and then prepare to have your world rocked. 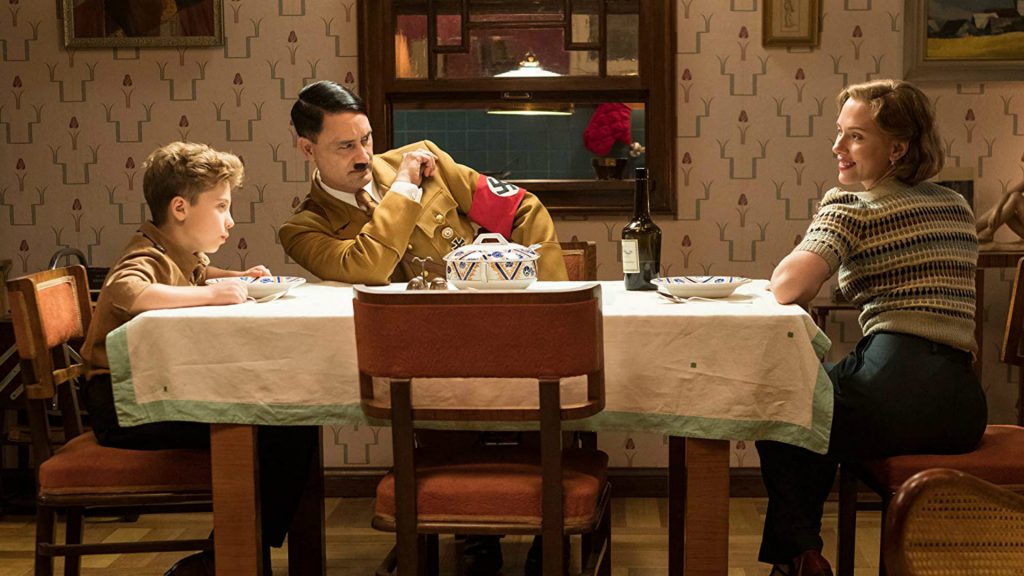 You can guarantee that Waititi wouldn’t tackle Jojo Rabbit’s sensitive material (he plays Hitler) without having a savvy way to convey the story. Don’t be surprised if this film inspires fits of laughter one minute and has you sobbing in the next.

Thanks to Highball.TV for sponsoring ThatShelf’s 2019 TIFF Coverage