While the idea of yet another quirky-yet-gritty twentysomething coming of age tale set in Brooklyn might sound like the ultimate in cringe inducing American indie film clichés, the disarmingly witty and surprisingly poignant Appropriate Behavior heralds the arrival of a potentially major talent in the form of actress, writer, and director Desiree Akhavan. Proving a triple threat behind and in front of the camera, her tale of youthful confusion and heartbreak is spot on, broaching topics and conflicted emotions that more seasoned filmmakers still stumble over.

Akhavan plays Shirin, an out of work Persian journalist who recently got dumped by her decidedly more feminist minded girlfriend (Rebecca Henderson). Struggling with her identity after being unceremoniously (and somewhat rightfully) booted from her previously comfortable life, she’s at such a loss for feeling that she doesn’t know where to turn. She’s at odds with her soon to be married tightwad brother (Arian Moayed), and she can’t bring herself to tell her otherwise easygoing parents that she’s bisexual. She takes a job teaching five and six year olds how to be “filmmakers” for a former investment banker turned stoner educator (a scene stealing Scott Adsit). Generally she spends most of her time going on crappy OK Cupid dates that trigger mental flashbacks that leave her wondering where she went wrong in losing her last love.

Akhavan has a difficult task ahead of her. Shirin isn’t always the most likable person, but as a performer and a writer she has to make the audience feel some sort of empathy – or at the very least understanding – for her current malaise and fixation. She does so quite unsentimentally, utilizing a nice blend of belly laughs and retrained moments of quietly effective seriousness. She can often do so within the same scene, especially in the film’s frank depiction of sexuality; once when an encounter with a “social justice comedian” gives way to a tender flashback with her ex and again when an almost hilariously awkward attempted three way turns into a slow and crushing bout of loneliness. She’s able to transition deftly from being a sarcastic, headstrong know-it-all to a sad sack worthy of sympathy in a matter of moments without those aspects of her character running afoul of each other. 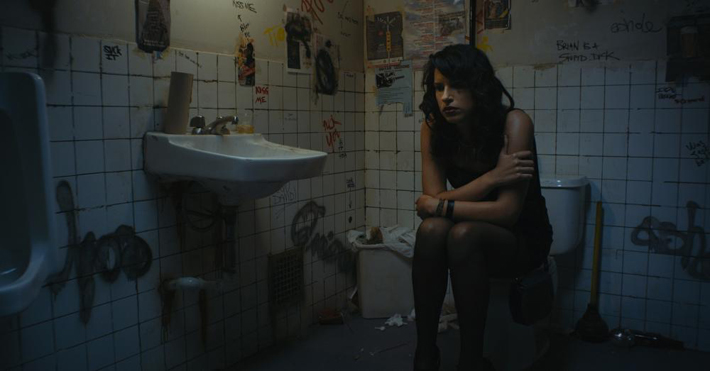 Shirin’s journey sometimes comes across as a bit overly episodic for its own good (which makes sense given that Akhavan wrote and directed a series she helped create prior to her feature debut here), but it all adds up to create an appropriately hazy bit of post-break-up malaise that’s immediately identifiable. It’s not quite hitting all the stages of grief perfectly, but the ways Shirin tries to fill in the gaps in her life are pretty instantly recognizable even if her character handles things in sometimes self-destructive or harmful ways. Then again, as the film goes on to show through well integrated flashbacks (a hard narrative structure to make seem convincing on screen), we see that her love life was pretty harmful in the first place at the best of times.

But really the biggest joy is watching a woman of color deliver a blisteringly honest and sexy look at romance without pulling any punches. While it’s sometimes apparent that she’s still trying to find what she wants to say as a writer, she has the direction and performance parts of the equation down pretty solidly. This is smart filmmaking about people at points in their lives when they have a tendency to act really stupid, and she’s wholeheartedly inviting the audience to laugh and cringe along with Shirin and not at her. The complete lack of judgement against her main character is brave, and it’s also the absolute best decision. I eagerly await what she has lined up next.