Zack Snyder is teaming up with Netflix to make a zombie heist flick, and there couldn’t be a better fit.

According to The Hollywood Reporter, the film is called Army of the Dead, has a budget in the range of $90 million, and is set to shoot this summer. THR also shared some juicy story details. “The adventure is set amid a zombie outbreak in Las Vegas, during which a man assembles a group of mercenaries to take the ultimate gamble, venturing into the quarantined zone to pull off the greatest heist ever attempted.”

Snyder added, “… this is the opportunity to find a purely joyful way to express myself through a genre. It will be the most kick-ass, self-aware — but not in a wink-to-the-camera way — balls-to-the-wall zombie freakshow that anyone has ever seen. No one’s ever let me completely loose [like this].”

Look, it’s been argued time and time again that Snyder doesn’t give two poop emojis about exploring decent human characters – or even interesting ones. And letting him toil away in a post-apocalyptic sandbox means he can do his gloomy, action-heavy, and ultra-violent schtick without wasting time exploring likeable heroes. It’s a win-win for Snyder and his audience.

Snyder is a technical master behind the camera. He shoots eye-melting visuals like nobody’s business. He creates stunning tableaus that look lifted off the pages of a comic book. And the man knows how to capture action too; his resume lists many of the past decade’s most thrilling set-pieces. Batman v Superman’s warehouse brawl is the best live-action Batman fight sequence. Period. This sounds like a backhanded compliment, but watch stretches of Snyder’s flicks with the sound off. They still work, and that’s no east feat. It’s when his protagonists step off the battlefield that Snyder’s film’s trail off.

The easy filmmaker comparison here is Michael Bay. Bay has an unrivalled ability to craft blockbuster movie-level spectacle. But Bay treats his characters like toys in a toy box. He is less interested in world building and character development that ripping his fancy toys out of the box and smashing them together in inventive ways. Bay movies are big dumb fun (the fun part is debatable). Snyder’s interests run deeper. He deconstructs his characters and rebuilds them with misanthropic DNA. 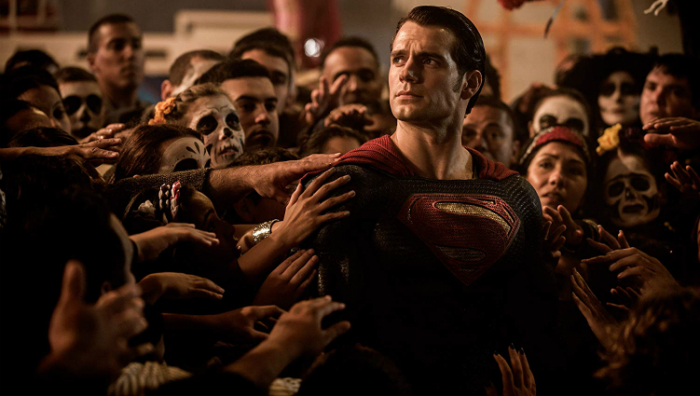 Snyder took Superman, one of pop culture’s most famous, beloved, and inspiring characters and turned him into a self-serving Dick. This makes all the sense in the world when you realize this filmmaker is also hellbent on adapting Ayn Rand’s The Fountainhead, a story about one of fiction’s all-time greatest dicks. In Snyder’s worldview, the all-powerful Superman is a guy less interested in saving humanity than saving Lois Lane, the love of his life. As if this choice wasn’t divisive enough, Snyder actively trolls Superman’s loyal fans. In Batman v Superman, Clark Kent’s boss Perry White shouts out that It’s not 1938 and apples don’t cost a nickel. Superman made his comic book debut in 1938. In Snyder’s eyes, truth, justice, and Superman’s love of humanity all went the way of the five-cent apple.

So, back to Army of the Dead. There isn’t a better genre for this filmmaker to unleash his considerable talents. Ocean’s Eleven meets World War Z is the perfect canvas for a carnage masterwork. A zombie caper movie realized by a filmmaker with Snyder’s skill set sounds promising enough. Most importantly, the zombie apocalypse genre is littered with gloomy stories about self-serving people, which makes Snyder the perfect director for this job.