As we sit comfortably in our respective dork dens, let us take a look back at a rather interesting year in comics. The comic world was filled with ups and downs in 2010, here we’ll share with you some of the highlights and our personal favourites of the year. We shall save the disappointments for another time… or a podcast. – Jeff Brown 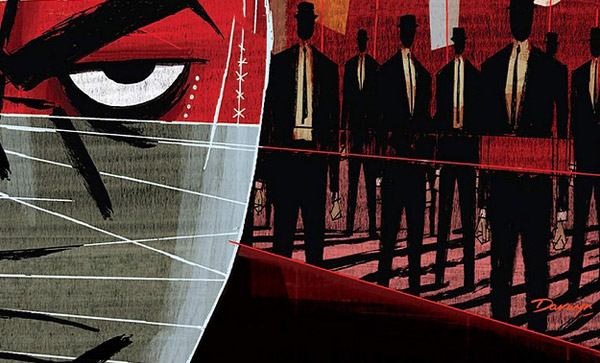 The best book of the year is also a proper sized book: Darwyn Cooke’s fantastic interpretation of the classic Richard Stark pulp novels. Color choice, pacing, character design, this is a book you can share with your Dad and he will not put it down. Artists and storytellers, class is in session. The Outfit is absolute required reading. – Jeff Brown 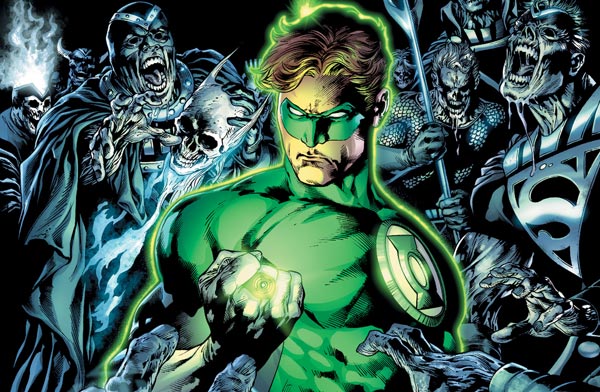 DC Comics’ epic Green Lantern-centric zombie superhero event. A quick listen to almost any of our podcasts will let you know why Blackest Night is worth checking out. – Jeff Brown

An excellent television show, but a much better book. Mostly due to the pacing the series takes, it’s not shy to have an entire issue devoted to dialogue and character development, then hit you hard the next month with cover to cover zombie action. It features a ton of holy shit moments and is well worth your cash and time. – Jeff Brown

Bryan J. Glass delievers a riveting tale of mice and the constant war that has ravaged the woods. Stunning art by Victor Santos, and tons of quality pin up art, variant covers, notes and more. Mice Templar is a series everyone should own. – Jeff Brown

It was a big year for Toronto’s Mr. Pilgrim, and Bryan Lee O’Malley ended it where it all began – in the pages of his original graphic novel. Finest Hour brought the entire series to a contemplative and hugely satisfying conclusion, bringing Scott and Ramona together in a way that felt earned while managing to surprise and bring new context to everything that came before. Plus, Scott in a Tanooki Suit! – Ian MacIntyre

During the twelve months of 2010 that I read comics, I found many that deserve to be recognized. Unfortunately, I can only choose one. When I was debating over my choice, I decided to select this particular comic not only because was it exceptionally well-written and illustrated, but also because it scared the living shit out me and gave me nightmares. I am speaking of the graphic novel ‘Crossed’ written by David Lapham (creator of ‘Stray Bullets’) and illustrated by Gianluca Pagliarani.

If you haven’t read this book, I encourage you to seek it out…provided of course that you are over the age of 18. The premise of the book is akin to the typical zombie-type infection with the difference that people infected do not become zombies; they lose all their inhibitions and become cannibalistic, sexually depraved rapists and murderers. The writing is strong and the accompanying artwork is fierce and difficult to appreciate at times, given the subject matter. If you don’t believe me, read it yourself. Just don’t blame me for the resulting nightmares. – Sarrah Young

Fantasy comics are hard because fantasy can very easily be very terrible. It’s an insanely difficult balance between taste and style which almost always leads to self absorbed fairy realms or bullshit about dragons. Even Elf Quest, one of the most cherished comic book fantasy series of all time can only be appreciated in sort of a sideways fashion. That’s what makes James Stokoe’s Orc Stain series so damn amazing. It’s been a good forever and a half since I can remember a new fantasy property executed with such grace and whimsical brutality. Orc Stain plays off an inclusive fantasy ideal, invoking images, creatures and themes even the most surface level fantasy fans (you’ve seen The Two Towers on DVD, good for you!) can connect with, but that same connection goes even deeper for stalwarts who’ve been siphoning this material for years. It’s a work of appreciation, but also with no fear of injecting a very personal style which separates itself from all contemporaries. And it certainly doesn’t hurt that Stokoe is an amazing artist. His attention to texture and detail never feels underdone, and a grasp of colouring, a sensitive pallet that invokes lush fogs of conflict (or kush, let’s be honest) giving the fun pop-loaded sensation you thought only Jaime Hewlett could satisfy. Orc Stain feels like the fond memories of Heavy Metal and 2000 AD comics, without recalling the reality of why you don’t bother with those comics anymore. – Zack Kotzer

Big cataclysmic events pretty much saved the big two earlier this decade. Having a bit of an actual identity crisis, DC released Identity Crisis, the praise of which gathered both critical and commercial attention. But the years to come tell a whole new tragedy. Both DC and Marvel are now addicted to cataclysmic events, each more cataclysmic than the last, and while they aim for dramatic escalation the only emotion they are amping up is apathy. Which is why Siege was kind of a surprise. While my feelings for Marvel’s event series have been mixed, I am fond of the in-betweens, and showing a world where the Green Goblin, Doctor Doom and The Hood have successfully beaten the heroes, and it turned out the secret ingredient was to stop trying to do so with death ray cannons. Norman Osborn ruled the Marvel U with a bureaucratic gauntlet, and it was an interesting interpretation of how one can ‘take over the world’, but a good story can’t last forever, and Siege was a fitting end. It was also a big ol’ fight. Not congested with side stories and delays, Siege was heroes beating villains with fists and ion cannons, and after years of civil conflicts and low blows to each other, having them duke it out old school felt like exactly what we had always wanted but were too afraid to ask. – Zack Kotzer