Interview: Michelle Fairley of Game of Thrones - That Shelf Skip to main content 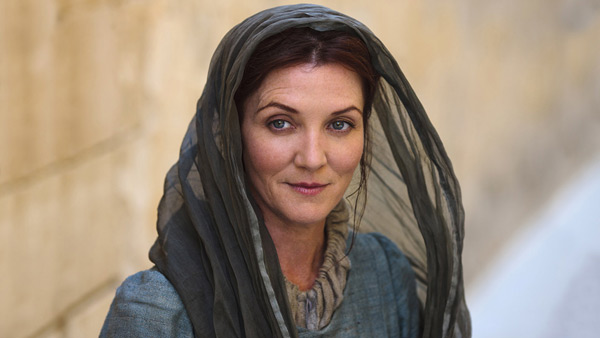 With the season two premiere of HBO’s epic fantasy series Game of Thrones just a little over two weeks away, fan expectations are running extremely high. HBO’s small screen adaptation of George R. R. Martin’s popular A Song of Ice and Fire series had a thunderous first season that will be hard to top. Thanks to strong word of mouth the popularity of the show has grown exponentially since the end of the first season.

Last week (after touring Game of Thrones: The Exhibition) we were fortunate enough to speak with actress Michelle Fairley, who plays Winterfell matriarch Cateyln Stark on Game of Thrones. As the now widow of Lord Eddard Stark (Sean Bean), Cateyln must put aside her grief in order to help her son, Robb – now King in the North – wage war against and attempt to make peace with other claimants to the Iron Throne.

We discussed the series, her character’s headspace at the beginning of this season, Fairley’s favourite season two characters, what the future holds for Catelyn Stark, and more!

Viewers beware: there are potential season two spoilers throughout the interview.