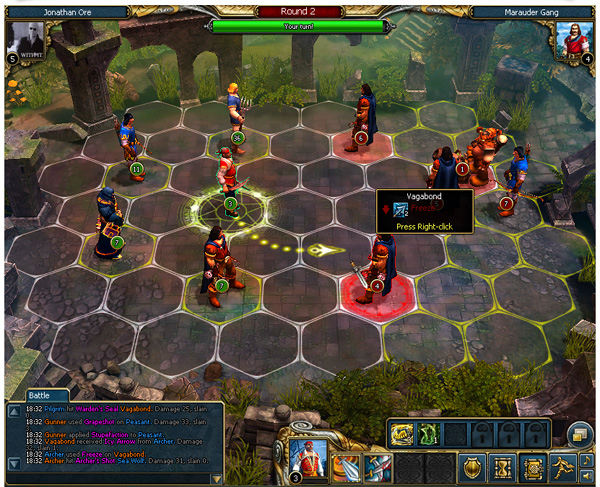 King’s Bounty: Legions, the Facebook free-to-play version of 1C Company’s role-playing game, opened the doors to its beta realm this week. From early impressions of Legions, the free browser-based version proved surprisingly robust, and might be the best video game using the Facebook platform to date.

In King’s Bounty, you build an army to serve local barons who need bandits scattered or library basements cleaned of spiders (seriously). The format closely resembles the Heroes of Might & Magic games: battles are fought on a grid, and your units’ numbers are just as important as their current HP level – the more troops you have per unit, the stronger they are. The battles are faithfully recreated in Legions, with most music, graphics, and abilities transferred over. Magic is pared down to single-use scrolls instead of the large list of spells that were upgradable using magic crystals, but you’ll find the battles simple enough that you don’t need them to simply survive. In fact, the difficulty curve has been pared down overall, which is a relief considering the sadistic nature of Armored Princess especially.

Some Facebook-centric features, such as sending your troops on patrol to earn experience points while you’re offline, have been added, but micro-transactions and connecting with friends for the sake of progress are thankfully pushed to the periphery. There’s even a full-screen function to help those in denial that they’re even playing on the same platform as Farmville. 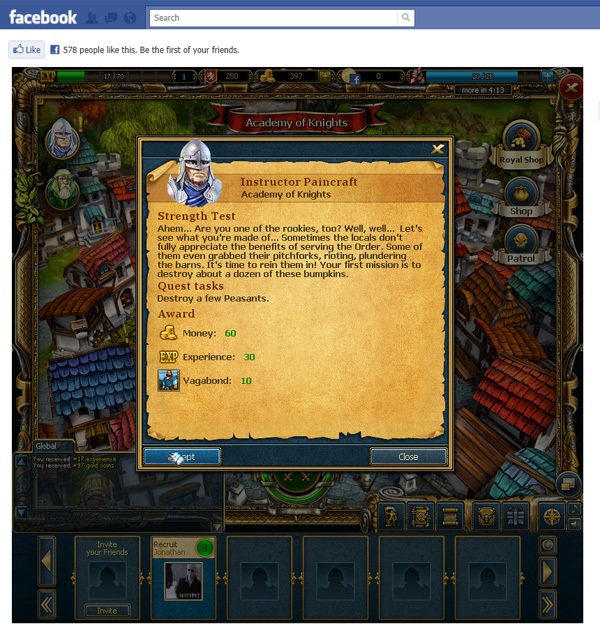 The trademark King’s Bounty humour seems intact, as well. My training session was run by a stern man named Instructor Paincraft, and the first main storyline quest was called Very Important Secret Assignment (capital letters are crucial here). No zombie wives yet, although I hold out hope.

King’s Bounty: Legions is playable on Facebook right now! 2009’s KB: The Legend and its expansion/sequel KB: Armored Princess are available on Steam for PC.