Before today I had never heard of The Willoughbys, but I wish I had.

Lois Lowry’s delightfully twisted children’s novel tells the story of four scheming siblings who plot to rid themselves of their awful parents. That’s dark. To be fair, though, their parents are garbage people. I won’t lie; the premise appeals to my twisted inner-child, the part of me that still loves Tim Burton movies and stories by the Brothers Grimm.

Next month, Netflix will release an animated adaptation, aptly titled The Willoughbys, and the film looks as gleefully mischievous as you could imagine. I have no doubt that nine-year-old me would fall in love with this movie in a heartbeat.

Talk about some spot-on casting. Hollywood’s snarkiest actor, Ricky Gervais, plays a cat, nature’s smuggest animal. Gervais’ cat even narrates the trailer, which tells you everything you need to know about this picture. This movie may be PG, but its dark humour – which is on full display here – should appeal to older viewers.

Also working in this picture’s favour is its knockout cast, which includes the feature film debut from Canadian songstress Alessia Cara. Rounding out the crew is a line-up of comedy all-stars that includes Maya Rudolph, Will Forte, Terry Crews, Jane Krakowski, and Martin Short.

You can catch The Willoughbys when it hits Netflix on April 22nd. 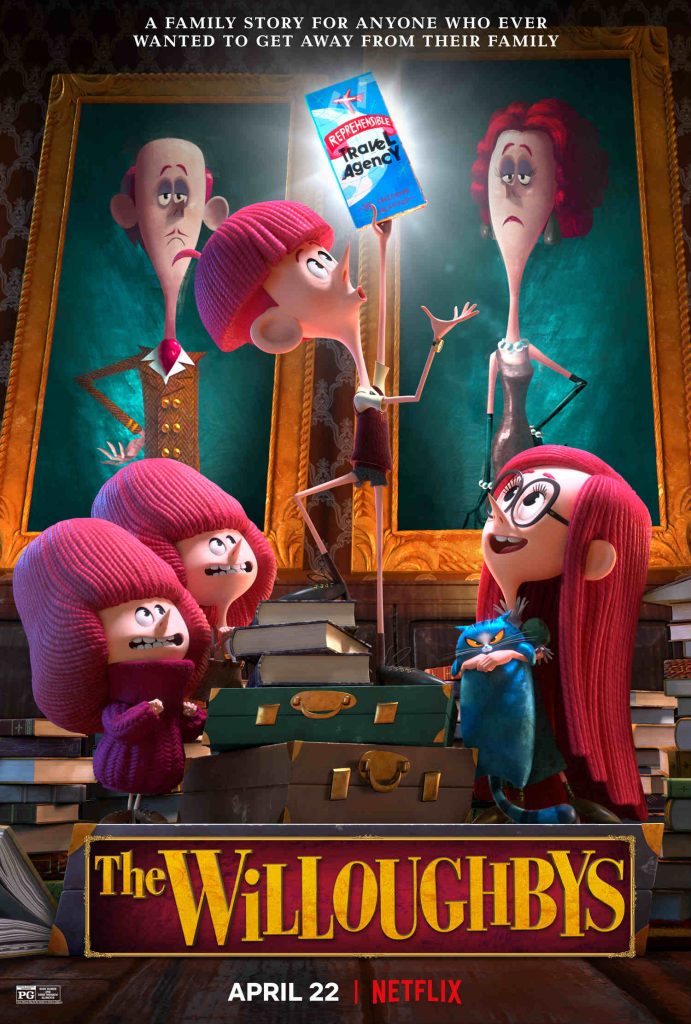 Convinced they’d be better off raising themselves, the Willoughby children hatch a sneaky plan to send their selfish parents on vacation. The siblings then embark on their own high-flying adventure to find the true meaning of family.