”In 2013 our people still have to do drastic measures in order to get acknowledged” is one of the painful truths stated in Canadian filmmaker Alanis Obomsawin’s newest exploration of the hardships faced by Canada’s oft abused Aboriginal peoples. Sadly, Trick or Treaty? would benefit from some of that radicalism, as the lack of production quality woefully disadvantages the important content presented.

Much like her previous works, Obomsawin’s film exposes the dismal chasm between “official” narratives promulgated by governments and the media and the lived experiences of Aboriginal communities. She reveals the sordid history surrounding the signing of Treaty 9, a controversial 1905 agreement that essentially conned Aboriginal people into giving up sovereignty of their lands. Intermingled amongst interviews with First Nations elders and legal experts is coverage of events meant to inspire government action such as the Idle No More movement and Chief Theresa Spence’s hunger strike. 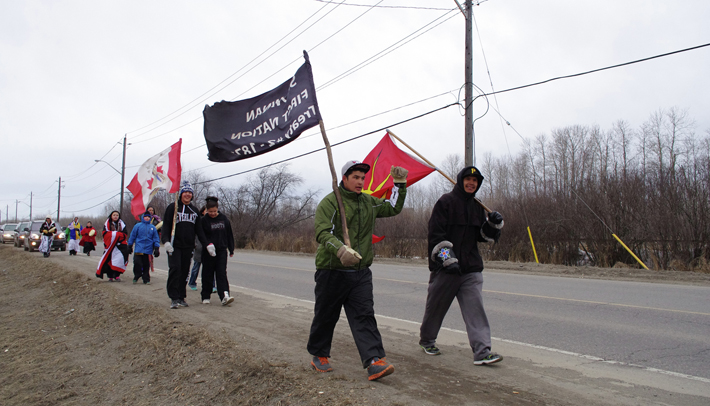 The film is a necessary one; too often the exploitation of Aboriginal people is either swept under the rug or purposely ignored for being too devastating to process. That being said, Trick or Treaty? is a tedious experience for viewers to slog through. Disappointingly, the stilted narration, slow build and poor cinematography ultimately undercut the passion and outrage of the film’s subjects, impeding the audience from getting fully engaged with the subject matter. (Elena Lowe)