I should be all movie trailered out. DC FanDome wrapped up yesterday after dropping several flashy new trailers for some of Hollywood’s hottest titles (The Batman, Justice League’s Snyder Cut). And even though I’m a life-long Batman fan, I’m most excited about the latest trailer for the HBO Max series Raised by Wolves.

Raised by Wolves is a ten-episode sci-fi series from creator Aaron Guzikowski and executive producer Ridley Scott (who also directed the first two episodes). The show follows a pair of androids raising human children on a mysterious planet who are threatened by the emergence of a colony of religious adults. Check it out below.

Raised by Wolves’ impressive trailer looks like it could be for a big-budget sci-fi movie. The trailer shows off a mix of bleak dystopic landscapes, futuristic technology, and striking visual effects. As cool as this show looks, I’m most excited to unpack the story.

As much as I love Westworld’s premise, I can’t get into the show because its characters leave me cold. Raised by Wolves explores similar themes about sentient robots living in conflict with mankind, and I’m intrigued by the science versus faith debate at the heart of the show. I’ve got my fingers crossed that this is the man versus machine program for me.

The best part of today’s trailer is the date reveal towards the end. This show drops on Friday, September 03rd. I can’t wait to bank each episode for Sunday evenings and running some Lovecraft Country double features. 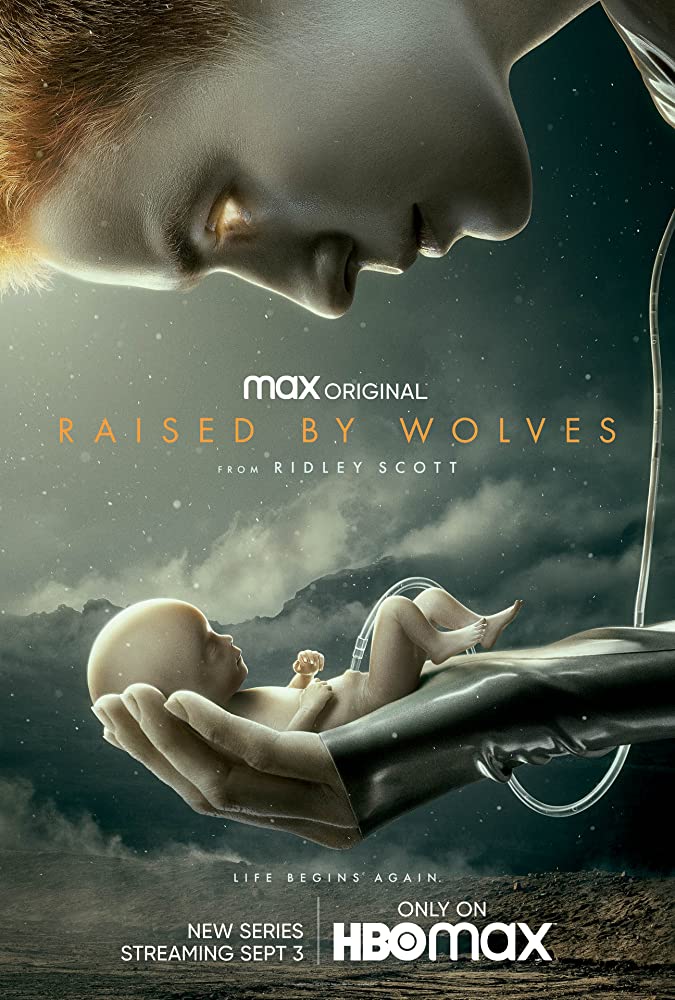 Two androids are tasked with raising human children on a mysterious virgin planet. As the burgeoning colony of humans threatens to be torn apart by religious differences, the androids learn that controlling the beliefs of humans is a treacherous and difficult task.