Well folks, another Doctor Who season is in the can. We know there are only so many Tumblr .gif compilations you can reblog, so we’re here to give you something to sate your thirst for more Who chatter. No no, it’s not a list of all of Clara’s outfits; this is no place to post your Christmas wish list. No, we’re actually going to tackle the best and worst of season 8. Which instalment deserves multiple rewatches and which episodes should die in a fire? Part 1 of this list tackled some of the worst (or more mediocre) this season had to offer. Now, we’re onto the cream of the crop. To part two!

All right, I know I’m going to get some flack for this, but unlike most reviewers out there, I really enjoyed this episode. From the Little Red Riding Hood imagery to the Doctor’s philosophy about humans transforming alien happenings into lore, “In the Forest of the Night” was a commendable sci-fi take on old school fairy tales. The episode also improved the show’s earlier handling of Clara’s relationships. No longer overprotective jackasses like in “The Caretaker”, the men here made Clara’s choice between the two paths they offered more difficult and compelling. This was the first adventure between Clara and the Doctor and it was wholly successful. No longer relying on side characters like Mr. Potato Head and Sexy Lady Detectives, “Into the Dalek” featured meaningful interactions between the main characters and highlighted the companion’s importance to this more emotionally closed-off Doctor. The story was also ambitious, delving into the Doctor’s mythos and examining the inherent flaws in his moral compass.

Highlight: Rusty the sassy Dalek can come to my parties any time. Imagine watching a Real Housewives marathon with that guy?

This episode was solid from start to finish. Not only did it have a story that made sense (well, as much as a story about two-dimensional aliens can make sense), it also put an interesting twist on the main characters’ relationship by having Clara take on the role of the Doctor. Free from her mentor’s influence, our companion proved she could save the day and make difficult choices that weighed the cost of one life over the many. Although the Doctor’s judgment of Clara at the end of the story was somewhat perplexing, the clunky moment was not enough to detract from how enjoyable the episode was as a whole.

Highlight: From sledgehammers popping out of purses to a tiny TARDIS being carted around by the Doctor like a snail’s shell, the visual humour was strong with this one. This episode was certainly divisive. Some fans were outraged at the idea of the Doctor saying that a human wasn’t special. Personally I think these detractors are conflating “special” with “valuable”; someone can be worth saving without being unique. The fact that the Doctor would risk his life for a planet full of regular people who are not special snowflakes makes him more empathetic, not less. In addition to this powerful idea, the episode also featured one of the most blistering takedowns of the Doctor yet. Although Clara’s speech at the end of “Kill the Moon” was about Twelve’s actions, her pointed criticism could be hurled at any past incarnation of the titular hero. Condescending and often foolhardy with others’ fates, the Doctor as a unified character deserved to hear every one of Clara’s tear-soaked words. Also, come on, the egg was a pretty neat idea even if the creature did end up laying another “moon” in its place too conveniently. 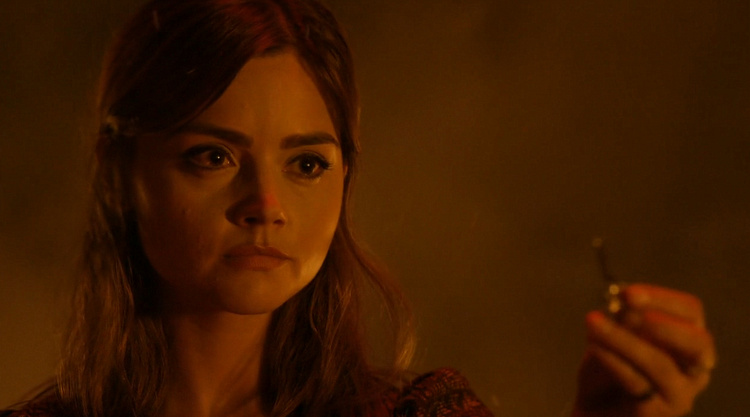 I’m rating this sucker highly even if I think “Death in Heaven” missed the mark pretty badly. From start to finish this episode kept my emotions in a hostage situation so effective Liam Neeson couldn’t even rescue them. Danny’s death could have easily been a melodramatic mess, but instead his demise was cruelly mundane. Focusing on humanity rather than the abnormal, “Dark Water” effectively explored the depth of loss, the power of grief, and the limits of friendship. The acting in this episode was some of the best in the series, with the volcano scene leaving me as gutted as the warring characters. Although the second half of the two-part finale did nothing particularly special with the Nethersphere, I still admire this episode for attempting to explore the cultural concept of the after-life in a distinctly sci-fi way.

Highlight: Twelve tenderly reassuring Clara of how much she means to him with one of the most stripped down interactions between a Doctor and his companion yet: “You betrayed me. You betrayed our trust, you betrayed our friendship, you betrayed everything that I’ve ever stood for. You let me down… [but] Do you think I care for you so little that betraying me would make a difference?”

HOW DARE YOU EXTRACT TEARS FROM MY FACE, YOU BASTARDS. 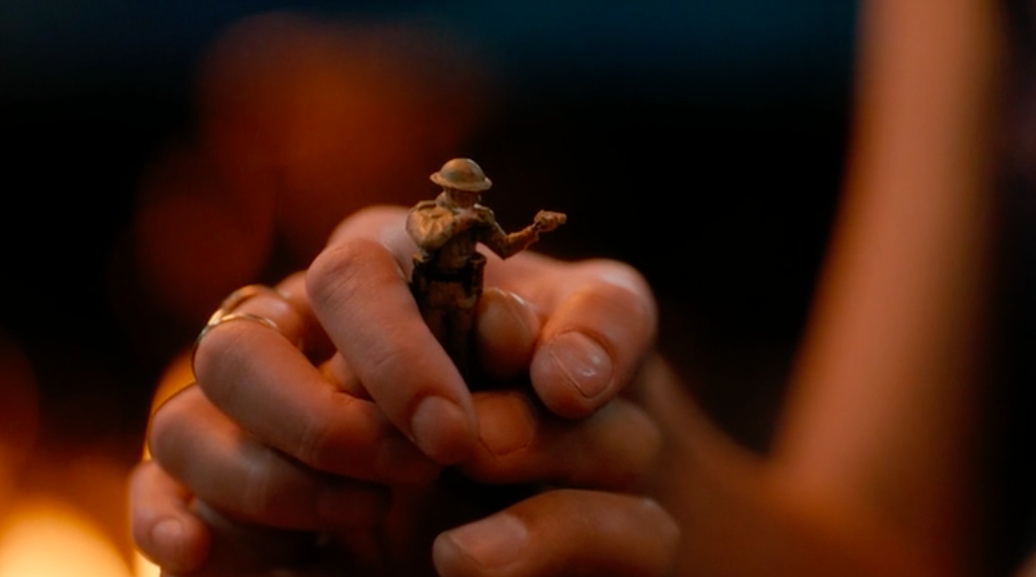 It should come as no surprise that this beautiful episode is the best of the bunch. Who has a man with a box that can travel anywhere at will, but at its core the show is about how the Doctor and his companions affect one another (and the audience) during their exploits. This episode was a perfect example of the show’s incredible power as astronauts, aliens, space travel and nonlinear storytelling were deployed in the name of exploring the universal feeling and source of fear. Filled to the brim with sweetness and charm, “Listen” saw the Doctor at his most vulnerable and Clara at her most compassionate. In addition to exploring the Doctor’s origins and his heroic motivation, this episode also marked the moment when Clara stopped being a plot point and finally became an emotionally complex character.

Highlight: After watching all twelve episodes, it’s incredible how much this episode ties into the big thematic moments of the finale. Clara telling the young Doctor that fear can make you kind instead of cruel and cowardly echoes the Doctor’s own speech in “Death in Heaven” about how pain can be used to become more empathetic. Similarly, Clara’s description of Dan the Soldier Man as “a soldier so brave, he doesn’t need a gun” is a metaphor for the Doctor, who ultimately rejects the perfect weapon in the finale. What beautiful symmetry.

So that’s it for Who content until Christmas, folks. What did you think of this list? Do you think I’m wise or do you think I’m totally off my rocker? Let me know in the comments or on the Twitters!