Last night the 25th annual Screen Actors Guild (SAG) Awards took place at the Shrine Auditorium in Los Angeles. Voted on by the Screen Actors Guild‐American Federation of Television and Radio Artists (SAG-AFTRA), the SAG Awards exclusively honour performers by presenting thirteen awards for the outstanding performances of the year in film and television.

What sets the SAG Awards apart from other award ceremonies is that it recognizes acting as a collaborative art. Winning Best Ensemble at the SAGs is on par with taking home Best Picture at the Oscars. That means comic book fans can jump up and shout, “Wakanda Forever,” because Black Panther took home the night’s top honour. Ryan Coogler’s critical and commercial sensation Black Panther beat out Oscar hopefuls A Star Is Born, BlacKkKlansman, and Bohemian Rhapsody, as well as the popular Crazy Rich Asians.”

Unlike the nonsense that unfolded at the 2019 Golden Globes a few weeks back, the SAG Awards played out as expected. Mostly. Bohemian Rhapsody continues its improbable surge toward Oscar glory with a Best Male Performer win for Rami Malek. One of the night’s biggest surprises came when Emily Blunt’s performance in A Quiet Place beat out the Best Supporting Role competition (chiefly Amy Adams). Award shows don’t often shower praise on genre films, no matter how good they are. And Blunt isn’t even nominated for Best Supporting Actress at the Oscars. The Supporting Performance category was Adams’ to lose.

Here is a complete list of the SAG Awards 2019 winners.

Outstanding Performance by a Female Actor in a Leading Role:
Emily Blunt, Mary Poppins Returns
Glenn Close, The Wife (WINNER)
Olivia Colman, The Favourite
Lady Gaga, A Star Is Born
Melissa McCarthy, Can You Ever Forgive Me? 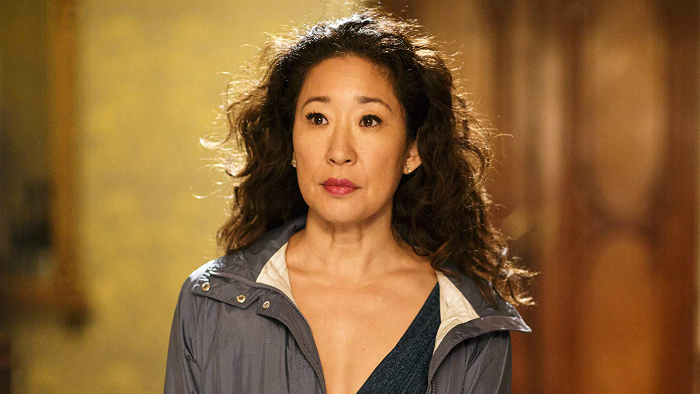 Outstanding Performance by an Ensemble in a Drama Series:
The Americans
Better Call Saul
The Handmaid’s Tale
Ozark
This Is Us (WINNER)

Outstanding Performance by an Ensemble in a Comedy Series:
Atlanta
Barry
Glow
The Kominsky Method
The Marvelous Mrs. Maisel (WINNER)