It should be mentioned off the top that, as a black man who loves to watch comic book films, Black Panther was always going to be more than just another movie.  I’m someone who was happy to see that Spawn was actually a black character, that Blade got three films, and that, at the beginning of the MCU, I would actually get to see Rhodey in Iron Man.  So it means a lot to me that Black Panther is a movie with a predominantly black cast, directed and written by black people and has a black producer. Not only that, it isn’t being marketed as a niche film. It’s a part of the machine known as the MCU and will get just as much attention as the other films under that banner.

I can safely say that Black Panther delivers.  Even with the high expectations I had going in, the movie found ways to surprise and entertain me while making sure that the first MCU film to have a black hero in the lead didn’t come off as just another superhero film. It’s a different kind of MCU film that doesn’t rely on needle drops and humour. It’s set in a completely different environment with a filmmaker Ryan Coogler bringing something new to the table, making Black Panther feel lively and refreshing.

Chadwick Boseman returns as the compassionate and easy to root for T’Challa/Black Panther, this time tasked with taking over as king of Wakanda after the events of Captain America: Civil War. Not only does he have to deal with internal and external enemies to Wakanda, the main conflict for T’Challa is whether or not he will break with tradition and let the world know the truth about Wakanda. 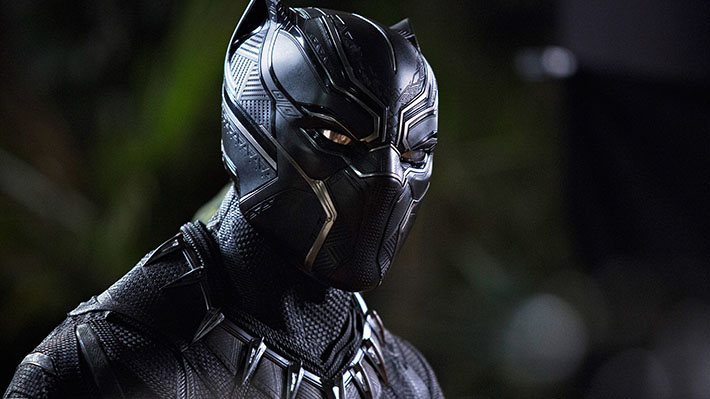 The conflict isn’t only about Wakanda announcing itself to the world. It’s true that Wakandans don’t want to expose themselves to the world and get caught up in greed and wars, but this movie goes a bit deeper. It’s actually about justifying how an African country could allow people who look exactly like them, let alone the rest of the population, suffer all over the world while they have the technology and resources to help. Director and co-writer Ryan Coogler (Fruitvale Station, Creed) examines the divide between African Americans and Africans. Something that doesn’t get much attention in popular culture and is a welcome addition to this movie. One of the ways that divide is fleshed out is through Michael B. Jordan’s villain Erik Killmonger. He’s the product of Wakanda’s old way of doing things and comes to make sure the country pays for the sins of the past.

The movie doesn’t just have a great antagonist though. There are three great supporting characters played by Lupita Nyong’o (Nakia), Danai Gurira (Okoye), and Letitia Wright (Shuri). These three women are all close to T’Challa; Nakia is a former flame, Okoye is a Wakandan general, and Shuri is the little sister. While they all have a chance to show they’re not damsels in distress or one note characters, they also all have strong – and most importantly – different opinions on how T’Challa should rule Wakanda. This gives our hero plenty of inner turmoil to deal with while facing off against the physical threats to his kingdom. The cast, on the whole, is excellent with Sterling K. Brown (This Is Us), Daniel Kaluuya (Get Out), and heavyweights like Forest Whitaker and Angela Bassett all playing important roles in the film.

As an added bonus, Black Panther doesn’t rely too much on the other films in the MCU. It’s a strong standalone story in that way.  It is however helpful to at least have seen Captain America: Civil War before taking the journey to Wakanda, especially if you want to enjoy the full scope of the post credit scenes.